Confucious once said “Study the past if you would define the future.” and Ubisoft have done just that, rebooting their long running Assassin’s Creed series with Origins, which introduces the very first battle between the Assassins and Templars in ancient Egypt.

It’s fairly true to say that many players thought the series was going in the wrong direction, despite the popularity of Syndicate, and Ubisoft really needed to shake things up.  Going back to the birth of the Brotherhood of Assassins was a sensible choice and using Egypt, a very different landscape from the previous games in the series, ensured that this felt like a new start.

The game introduces Bayek a Medjay who, along with his wife Aya, protects the people from unlawful acts. Think of them as ancient Egyptian policemen for the Pharaoh.    The story designers have done a good job of ensuring that Bayek is up there with Ezio as one of the most rounded and likeable Assassins out there. The fairly lengthy introduction of the character and how they connect to the whole Assassin’s Creed world is well thought out and it’s easy to sympathise with Bayek’s tragic back story and his need for revenge.

The gameplay mixes the best bits of previous games, particularly the stealth, which you can choose to avoid but you’re usually better off using, with some ideas taken from Ubisoft’s other games such as the idea of enemy camps from Far Cry (and, more recently, Ghost Recon Wildlands), plus a much more organised inventory system.  Climbing, something which has become a bugbear in recent games, has been overhauled here and works far better even though, ironically, there are far less buildings around in the Egyptian setting’s open world. 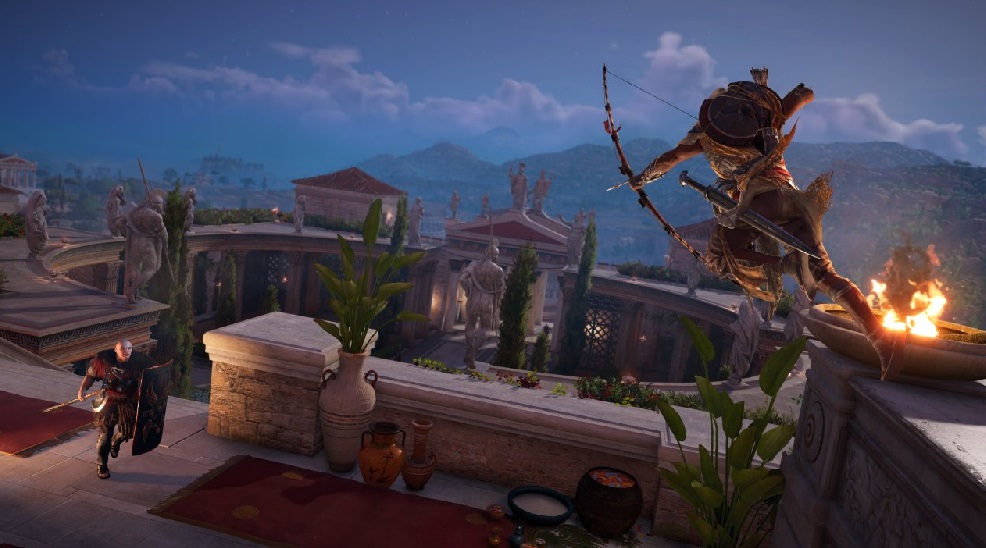 The use of animals, both as an environmental enemy (a la Far Cry) and as a weapon, is welcome and never feels out of place.  The one area that really stands out is where your ‘eagle vision’, a special power given to Assassin’s in previous games, is actually literally an eagle here.  It makes far more sense to send your pet eagle, Senu, to scout an area for you and works a little like the drones in Wildlands.

Even though the shadows give you cover, you’re still going to get into a lot of fights in Origins and the weapons at your disposal give you an advantage.  Bows and darts provide long range attacks and, when up close, the completely overhauled fighting mechanic has a decent block and chaining function which takes its cues from the popular Batman Arkham games and many others that have since used this easy to access fighting system. 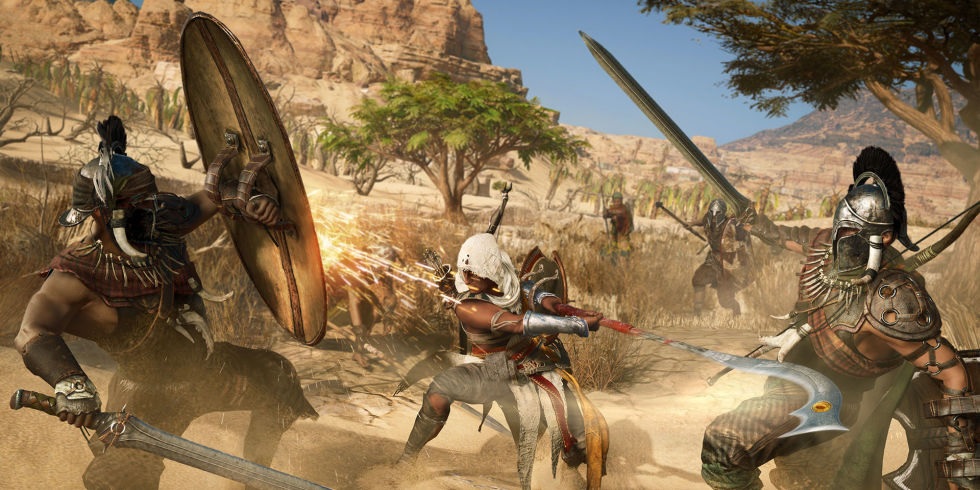 Outside of the main storyline, the game mirrors other Ubisoft titles by giving you a wealth of side missions and collectables, some of which really help your cause in the main game by the way of upgrades and better weapons.  It opens these up slowly at first but soon enough you’ll be left with a huge trail of icons begging for your attention.

It’s not all roses, though, the modern world parts of the story are still around and still feel as if they’re only put there to remind you of the Animus and the Abstergo company.  I understand the importance of furthering the present day story, but there needs to be a sense of direction that is currently lacking here.

With a great story, a memorable leading man and some vastly improved gameplay, Origins is the best Assassin’s Creed game since Ezio first took up the mantle.  It’s a much needed reimagining of the series and a good basis for future games. 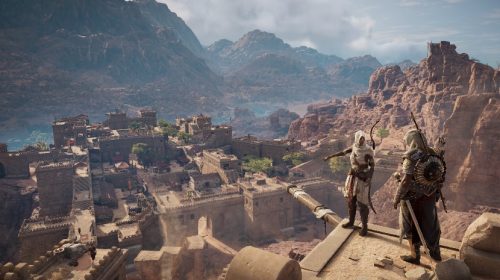