Who needs a finish line?  Onrush certainly doesn’t.  This is not your normal racer, after all.

Codemasters new vehicle-based title is as far from their usual franchises as you can get.  The idea isn’t to reach the finish line first but to earn points from boosting or completing tasks instead.  What’s more, you’re never alone in this game, it’s a team effort.

Think of Onrush as an online team shooter, like Overwatch, but with cars and boost instead of people and guns and you’ll be nearer to the idea of the game.  You start with choosing one of a range of vehicles that have different skill sets, this game’s version of classes, and then the mode you want to play.  From here you’ll be jostling against the enemy in a non-stop looping track to stay one step ahead.  It feels a little like Motorstorm and the Crash mode from the Burnout franchise had a baby then strapped it in to a very fast car and turned the nitro on. 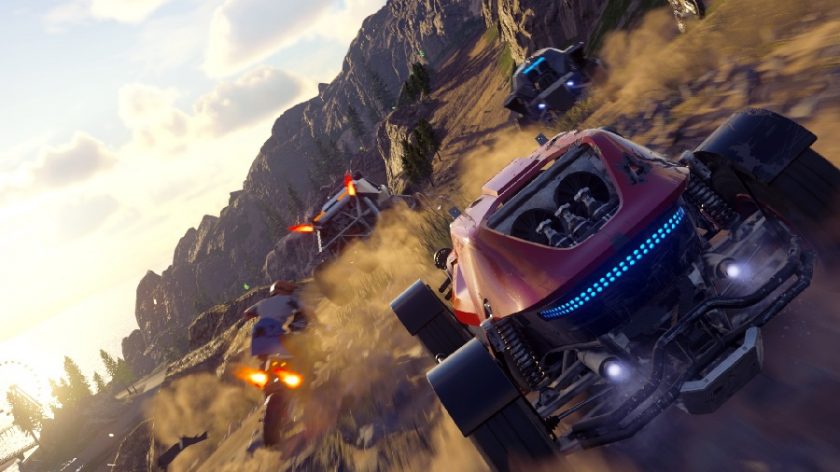 The most common goal of the game is to earn points through boost and once you’ve used enough boost you’ll be able to trigger a ‘rush’ which gives you certain powers depending on the vehicle.  Boost is earned through smashing in to NPC cars and bikes that race alongside you or taking down the enemy in a Burnout-style smash.  Fans of Burnout games will feel right at home with the sort of destruction you’ll see here and the slow motion action replays could almost be lifted from Criterion’s series.

Other game modes see you try to take down the enemy, making them swap vehicles from the smallest to the largest until there are none left or drive through gates to stop your timer hitting zero.  These keep things interesting, though there’s only so many times you can see the same track pop up, whichever mode you’re in.  Thankfully this, too, has been tweaked to represent different times and seasons, making tracks feel fresh with a new lick of paint.  The tracks themselves have been well designed with plenty of branching paths. jumps and obstacles.  Threading through trees or the legs of giant cranes while timing a shove and sending your rival straight into them never fails to satisfy.

Daily rewards and plenty of cosmetic items (yes, folks, cosmetic loot crates are a thing in Onrush, but they don’t feel out of place here) give you a sense of individuality and an ongoing challenge and you get the feeling Onrush is a game designed to be watched as much as it is to be played, so expect plenty of streaming.  The single player campaign feels like an extended tutorial for online play, but it’s worth going through to get a feel for the modes, tracks and vehicles on offer, plus it provides more of those important cosmetic items for when you want to show off online.

Some may find Onrush’s arcade leanings a little too repetitive, but only in the same way that a game of Overwatch or Fortnite is. It has a certain style and pace that keeps you coming back for more. 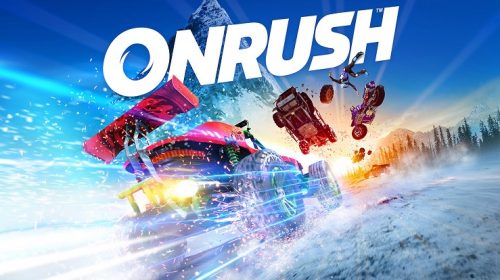