We’ve been spoilt for choice when it comes to ports of classic vertical shooters on Switch but VASARA 1 and 2 are a little different, being games that have never officially seen the light of day outside of Japan.

Set in an alternate feudal Japan where technology has advanced faster than ours, the games are set around an attempt to take over the throne by the big bad of the time, Ieyasu Tokugawa.  It’s up to you, taking control of one of three samurai heroes to stop the attacks from the forces against them by jumping on board hover bikes and with your powerful katana and blast the hordes and their Warlord masters.

Famous Japanese arcade developer Visco created these classics 19 years ago and, for whatever reason, they were never ported to a home console before now.  Thankfully, QUByte Interactive know a good shoot-em-up when they see one and have done a great job of porting the games over to Switch, Steam, Xbox One, PS4 and Playstation Vita so we can all discover these lost classics. 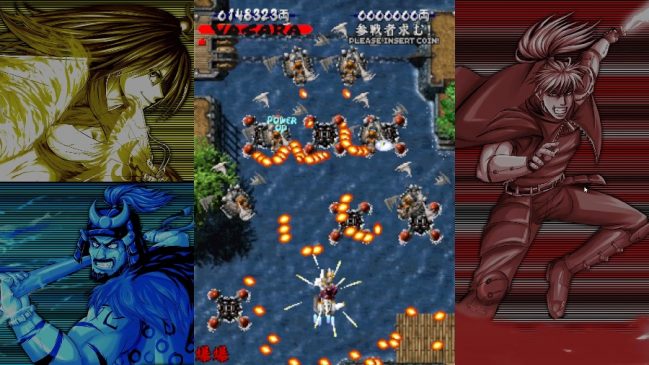 The games themselves are fairly similar to each other, providing plenty of bullets to dodge and some very impressive boss characters to fight in a tense and frantic battle.  The differences lay in the fact that the two games are a year apart and it shows in the graphics, which are improved markedly in Vasara 2.  The second game changes things up slightly by taking the bomb option away, too, replacing it with a close up smash style weapon but, generally, the action feels just as good in both games. It’s up there with the best bullet hell shooters, though veterans of games like Cave’s series of shooters will find this collection provides a kinder difficulty.  Colourful Japanese characters clash in neon balls of energy with strains of speech popping up over the high energy soundtrack.  The Switch version I tested felt natural with a standard button for firing that, when held down, became a more powerful weapon to slice through enemies, plus pickups for upgrading to even more devastating weapons and a large bomb for when everything gets a bit too much.

The collection is well thought out and rather than throw together the two classic games as a straight up port, the developers have created a fully featured package here.  Each game has all the options you’d find hidden away in the back of the arcade cabinet and more; from difficulty level settings to  sounds, lives and more.  You can even choose how many lives you get for each virtual coin you pop into the game.

Local co-op can be played by 2 to 4 players across the screen and it works surprisingly well, though adds to the chaos when things really get busy.  It’s a great feature, though.  Scores are both online and offline, so you can pit yourself against the world or just try to beat your own score offline. 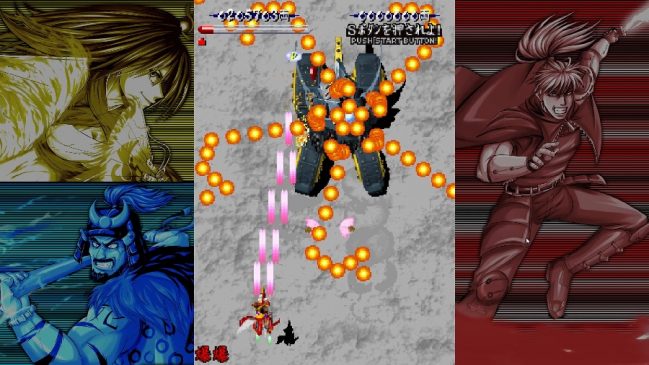 In addition to the games, there’s an art gallery section with the ability to unlock art for various goals and a continuous mode, called Vasara Timeless, which sees a procedural generate game being created while you try to stay alive and updates the graphics at the same time, creating a more modern feeling game but keeping it true to the originals at the same time.

For any fans of the old coin-op shooters, the Vasara Collection is an essential purchase, particularly on Switch where you can play it both portable and on the TV screen. 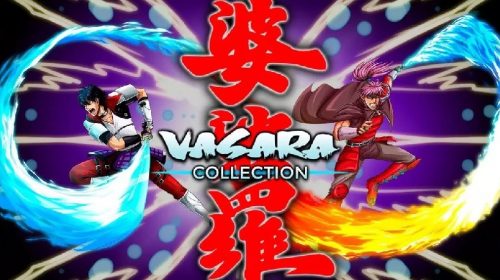