2K have confirmed that Borderlands 3 will be available for pre-load roughly 48 hours ahead of the launch date and time listed for your region.

If you’re eager to begin your interplanetary journey through the Borderlands 3 galaxy as soon as possible on consoles, just know that outside of North America, the game will launch at midnight local time in every time zone (we call this a “rolling midnight” release). If you happen to be in North America, however, the game will launch at midnight Eastern Time across the whole region – that means 9 p.m. on September 12 if you’re on the west coast.

Need a little more clarity? Then check this map to find out exactly when Borderlands 3 will be available to play on PlayStation 4 and Xbox One in various time zones across the globe: 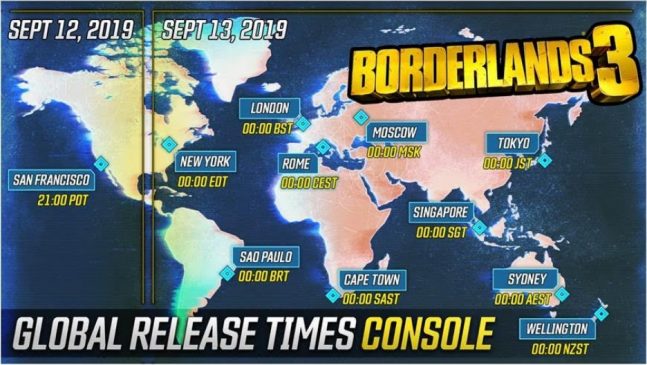 One Thought to “When can you pre-load Borderlands 3?”