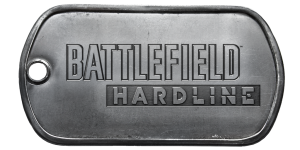 After a ‘not so great’ beta last year today EA and Visceral Games announced that Battlefield Hardline’s open multiplayer beta will be active between February 3 and February 8*.

It will be available to players worldwide on PC, PS3, PS4, XB360 and XB1 and will offer “a small taste of what’s in store when the game hits the streets beginning March 17”.

During the beta players will be able to try out three maps and game modes: Hotwire, Conquest and Heist played on the Downtown, Dust Bowl and Bank Job maps. You’ll also be able to try out Hacker mode, which is similar to the Commander mode from Battlefield 4.

– When is the Battlefield Hardline open beta?

– How do I register for the beta?

It’s an open beta, there’s no need to register!

– What platforms is the beta going to be available on?

– What time will the beta be available to download on February 3?

Time will vary by platform and by region. You will need to visit the Battlefield Hardline news page for more information and updates.

– When will the beta end?

The beta concludes on February 8. Exact time will vary by platform and by region.

On PS3 and Xbox 360, the download will be slightly under 4GB.

You can pre-load the beta on PC via Origin beginning Monday, February 2 at 10 AM PST.

– What is the level cap?

There is no level cap in this beta, you can experience the game’s full progression system during the 6 days the beta is live.

– Will my stats and progression carry over to the main game?

– What maps and modes will be in the beta?

The beta features Conquest on the map Dust Bowl, the brand new Hotwire mode on the maps Downtown and Dust Bowl and another new mode Heist on the map Bank Job.

– How many players can play each mode?

PC, PS4 and Xbox One supports 64 players on Conquest and 32 players for Hotwire and Heist.