Game Publisher and Developer Team 17 is 100 Games Old, with Planet Alpha marking the centenary.  Beginning their journey some 27 years ago, they’ve certainly provided an eclectic set of games for a vast array of systems.

“You can tell a lot about a developer by their games” said no one in a quote I just made up, but it may well be true here.  Back in the heady days of 1991, when Street Fighter II: The World Warrior was the darling of the arcades and Sega released Sonic the Hedgehog, Team 17 entered the world of PC and home computer gaming, where small companies could release games via adverts on the back of magazines as well as on shop shelves (if they were lucky).   Join me now on a trip down memory lane with some of Team 17s biggest releases over the years.

Their first game, Full Contact, may not have set the world alight, but was a pretty fun beat-em-up for those looking for something akin to Street Fighter on their PC and Amiga at home.  It featured a character that looked a lot like Van Damme from Kickboxer.  It was the follow up, Alien Breed, that really got people sitting up and taking notice. 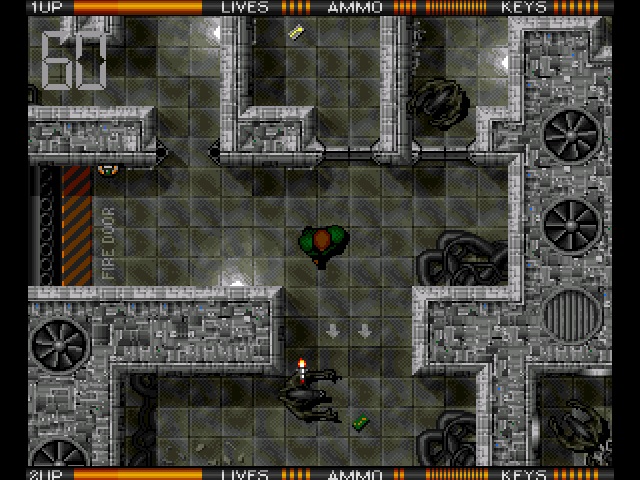 A top down Aliens-style maze blaster, Alien Breed captured the imagination of sci-fi fans keen to recapture the thrill of the cult movie Aliens with flame throwers and acid spitting enemies aplenty.  It released first on the Amiga, one of the most popular home computers at the time and home to a fair few smaller games companies releasing what we’d now consider Indie games.  I loved Alien Breed back in the day, there was nothing quite like it around at the time and it’s clear many other people did, too, as it launched a fair few sequels and, more recently, a remastered collection on PC and console.  More importantly, it put Team 17 on the map. 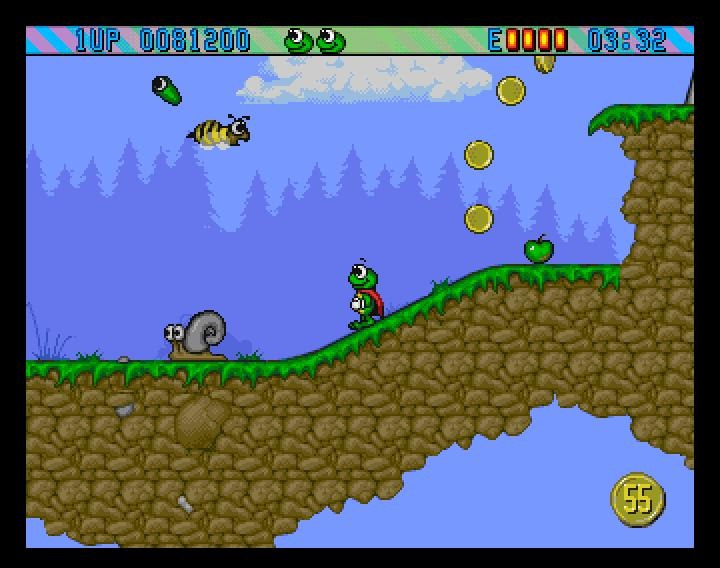 Fast forward a few years to 1993 and Amiga owners were,rightly, looking longingly at Sega and Nintendo’s mascots Sonic and Mario, with their respective platform games.   Team 17 launched their answer to these with Superfrog, a top quality platformer with an odd Lucozade sponsorship (well, you’ve got to pay the bills, haven’t you?).  It was great fun and well worth the HD remaster it eventually got on mobile and PS3 for its 20th Anniversary.

Branching out in different genres was one of Team 17’s skills and F17 Challenge saw them enter the crowded motor racing genre.  It was yet another quality Amiga and PC game and was soon joined by more genres, puzzle platform games like Qwak, scrolling shooter Cardiaxx and top down racer, Overdrive.  Each one had a great soundtrack and graphics for the time and were (mostly) well received.  There was even a very playable Arcade Pool simulation. 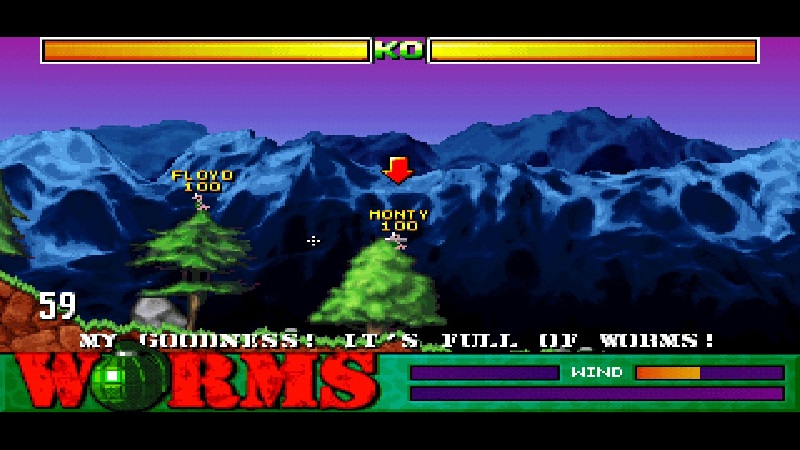 But it was in 1994 that Team 17s most famous game series debuted.  Worms came about due to then-bedroom programmer Andy Davidson bringing his game idea to the Team 17 crew at a trade show and, thanks to the impressive and addictive gameplay, immediately getting an agreement to develop and publish the game.   Andy joined the publisher and Worms was born.

Worms proved to be a big success for Team 17, who utilised larger publisher Ocean for developing the game for other platforms.  Previously concentrating on Amiga titles, many more gamers were now familiar with the Team 17 name and logo thanks to the crazy artillery game.

Why was Worms so successful?  Simply put, it was a mix of simple to learn gameplay and a wonderfully cheeky sense of humour.  The first Worms had a crazy animated intro that set the scene and featured nameable characters with over-the-top weapons and (on some platforms) funny digitised speech clips.  As a local multiplayer game it excelled at creating moments of joy and frustration in equal measure and there’s still nothing quite as good as launching an air strike and seeing ‘Bob is an ex-worm’ on the screen as your enemy explodes and get replaced with a tiny gravestone. 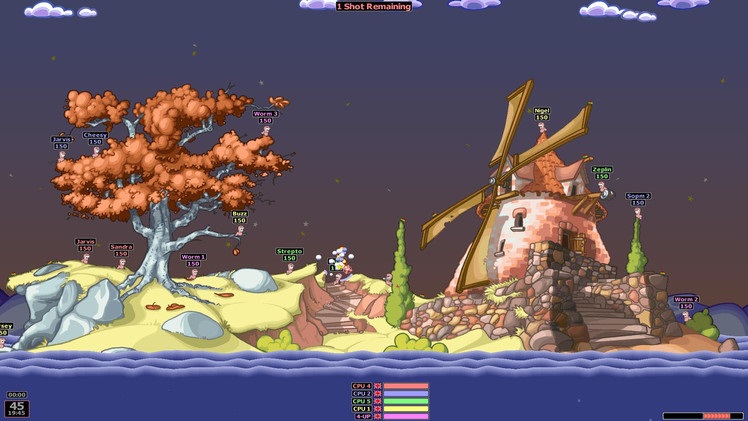 Based on the game’s success, a succession of Worms sequels made up much of Team 17’s game content from 1997 to 2014, with a few notable exceptions, including developing a remake of DMA Design’s classic Lemmings series on PSP and PS3.  Branching out, Worms could be found on the Golf Course in Worms Crazy Golf, in 3D in Worms Forts and eventually broke into online multiplayer for a natural progression of the series.

Games like the almost-Lemmings-like Flockers held up the non-Worms fort until 2015 when Team 17 brought another new series to life with developer Mouldy Toof, The Escapists.  This was a great prison-break game with plenty of strategy and humour and spawned a popular Walking Dead spin off as well as a sequel last year.

In the last 3 years Team 17 have, yet again, expanded their profile and branched out as a publisher, finding original and interesting indie games developers to work with.  It feels a lot like the old days, but with the company in more of a publishing role, with top quality original games appearing on a regular basis to entertain the next generation of gamers, as well as those of us long enough in the tooth to have witnessed the early years.

Playtronic’s Yooka Laylee (a love letter to Banjo Kazooie by some of the original developers), strategy games like Aven Colony, beautiful slow paced adventure My Time At Portia and unique pinball based platformer Yoku’s Island Express show that Team 17 haven’t lost their touch in finding some of the best original content out there.

With 100 games under their belt, I look forward to the next 100 with anticipation.