It may be releasing in the middle of Winter, but Farming Simulator 20 will have Switch owners out there ploughing fields on December 3,

Debuting on the Switch in Farming Simulator 20 is John Deere, the largest agriculture machinery company in the world. John Deere arrives alongside and as part of tons of gameplay additions – new machinery and crops with cotton and oats, tending to livestock of pigs, cows, and sheep, as well as a whole new North American environment to explore and develop as you like. 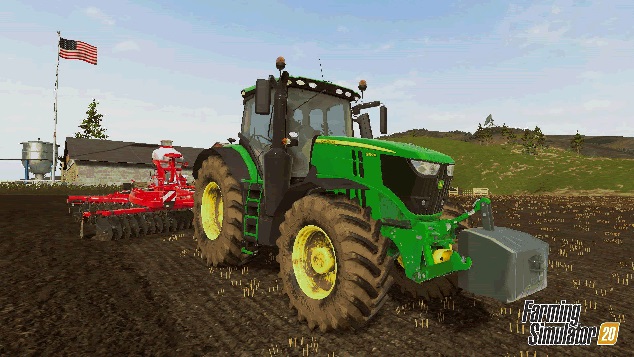 With over 100 faithfully reproduced farming vehicles and tools, Farming Simulator 20 will provide hours of farming fun on the go or at home when it launches on Nintendo Switch on December 3.

Farming Simulator 20 will be available December 3 on the Nintendo Switch.