Today it’s the turn of Loot Crate in our regular round of geek box unboxings.

The theme this month is Rewind and there’s plenty of retro goodness inside the box.

Loot Crate has been a mixed bag (or should that be box?) over recent months.  There isn’t always a T-shirt and some of the items have been less than exciting, so can a new year jazz things up a bit? 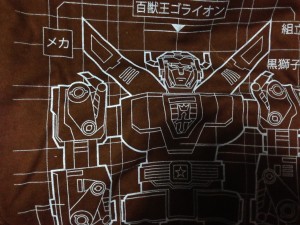 Well, yes, it can.  The Rewind crate sees Loot Crate back on form, starting with a very cool Tee for fans of Voltron.  The Voltron blueprint tee is one of the best we’ve seen so far and adds to a good month of shirt designs.

The crate also includes another couple of wearable items, a space invaders tie, (It’s black, too, which makes it more likely to get away with in a more formal environment), and a pair of pixel sunglasses for that 8-bit look.

Joining these are a Loot Crate exclusive 10-doh character, a NES cart with hands and feet, a comic book notebook complete with stick on speech bubbles and a new Star Wars #1 comic with exclusive cover.

As usual there’s a badge and a Loot Crate magazine in the box featuring interviews and articles based on the theme.

Overall, then, it’s a win for this month’s crate with several exclusives and one of the best T-shirts we’ve seen in a while.