Poor Rusty, he seems to have caused a bit of an upset after accidentally unleashing a great evil on the land.  Thankfully, no one else knows about it but it’s still up to him to put it right.  So begins A Knight’s Quest.

The vibe here is definitely Zelda-ish with Sky 9 Games’ latest title looking a lot like it was inspired, at least in part, by Windwaker.  It’s not quite up there in terms of polish or visuals, but the cartoony graphics and open world questing, along with plenty of platforming, mean this is a fun title to play through.

Platforming, in particular, is great with some nice set pieces.  It highlights how much better the backgrounds are than the characters, too.  Sometimes the controls can feel a little floaty but it’s a minor thing and most of the time you’ll be jumping between moving platforms, wall running and avoiding deadly drops with care-free satisfaction. 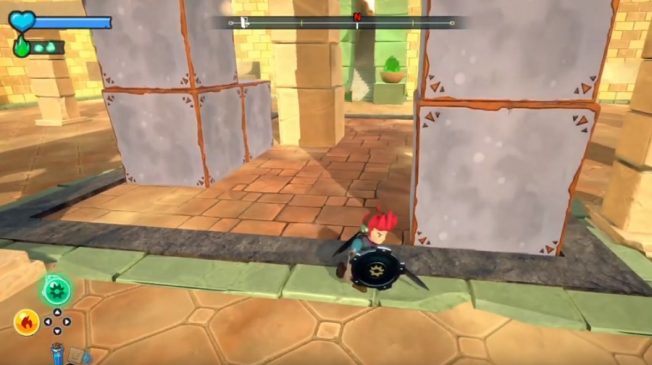 The game’s other major plus is the puzzling elements.  They start off easy, simple block pushing, but do get a little more complicated over time.  None of them feel unfair, though.  I really like how they were intertwined with the platforming and dungeons.

There are issues with one element of gameplay; combat feels too light and your hits don’t really feel like they connect with the enemies.  Until you reach boss levels, they’re all quite similar, too.  That said, some of the bosses are great to fight and the combat does come in to its own later on when you start to get hold of powers.

The map is huge but also a pain to navigate through as there’s no zoom function at all, just a very small map with a bunch of way-points to travel to in order to complete missions.  At least this is all fairly open for you to do in whichever order you see fit for the most part, though the main story will need to still be completed in order.  The game also fails to push you in a certain direction, which is both a blessing and a curse.  It’s a little too free, giving you no real helping hand to follow the story. 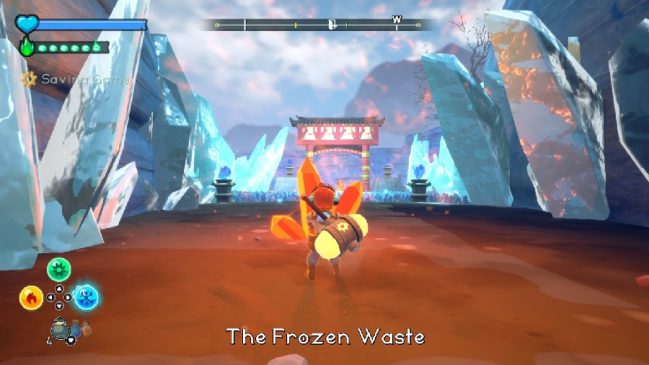 Presentation is good but it’s quite obvious that this game has a much lower budget than anything Nintendo could output. While I like the soundtrack,. it’s really just made up of a few tunes that play on repeat during certain events.  The visuals for the world and the platforming sections are lovely but somehow it seems either the budget or the processing power ran out when it came to characters and enemies.  Most of the people you meet have very little in the way of expression or facial features and some border on simple 3d graphics from 3 generations ago.  It doesn’t really hinder the enjoyment but it’s always there to remind you this is a lower budget title.

I enjoyed A Knight’s Quest, it has humour, a nice relaxed story and a great deal of things to do and see outside of the main quest.  The odd bug and the lacklustre combat do mar the experience a little but it’s still something worth picking up if you like your 3D action adventure games. 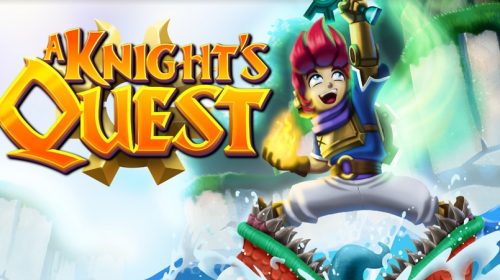