Gunslinger was a bit of a guilty pleasure of mine when it first released on the Xbox 360. The fast paced arcade gameplay might not be all that sophisticated but it’s certainly fun.

Taken at face value, Techland’s game harks back to the days of shooters that aimed to provide arcade thrills without the frills but this offshoot of the Call of Juarez series had a few tricks up its sleeve.

Playing as bounty hunter Silas Greaves, a hoary old timer that looks as if he’s seen more action and more bottles of booze than he’s had hot dinners, the game takes place in the stories he tells at a bar, all about his life in the wild west. His claims start off big enough but only grow with time, finding our ‘hero’ facing off against such legends as Billy the Kid and Butch Cassidy and re-writing history in the process.

These yarns are recollections of an old man who, according to his audience, is sometimes prone to memory lapses or just plain exaggerations.  At one point Silas remembers being surrounded by Native Americans before his audience question the story and the characters you, the player. have just been shooting disappear before your eyes, replaced by outlaws.  It’s these connections to the story which give Gunslinger its unique character.

While the game is something of a return to a traditional shooter these elements of story and re-writing parts you’ve just played add another dimension, as do the skills you’ll gradually gather in the process.  Exploding barrels, tense stand offs and more cowboys than a Spaghetti Western fill the screen, aided by a neat bullet-time slow motion meter and sticks of dynamite to replace the FPS standard grenade.

While the game is certainly quite linear it does provide the illusion of open world as you get to wonder around the limited playing field, choosing where to hide or run out from. Enemies do a good job of running for cover and provide a good challenge even in Normal difficulty but there are always places to climb or duck behind to help you get the better of them.

The occasional Duel breaks up the shooting with a face off against a major enemy, moving the cross-hairs to focus on them before pulling the trigger at just the right moment. The original game had a big problem with these seeming to be a lot more about luck than skill and although this Switch version doesn’t change much, they do feel a little more fair now.

Skill trees help to improve aim, reloading and many other aspects of play and will certainly be required for the New Game + mode that opens up when you complete the game.  They take the form of three disciplines to improve sharp shooting, range and speed and mixing them helps to progress as the game becomes trickier.

There are also Arcade and Duel modes that can be unlocked as you play through, adding some extra length to the 6-7 hour campaign, though Duels are one element that still feel a little odd, being as much down to luck as skill.

As you’d expect from a last gen game, the Switch port runs pretty smoothly, even with a lot of enemies on screen. The AI holds up pretty well, too, with enemies hiding in cover if you take the high ground and the challenge of facing off against vast numbers of cowboys can certainly feel tough at times. Some of the graphics do feel a little aged but as a whole the game still looks good thanks to the way the stylised graphics paint everything with a slightly old fashioned feeling sepia tone.

It’s a pretty linear game but the interesting story and set up for a great ending makes it worth the journey. Call of Juarez: Gunslinger still has a lot to offer new players who are after a decent shooter with a good story and Switch’s portability adds yet another compelling reason for picking this wild western shooter up and giving it a blast. 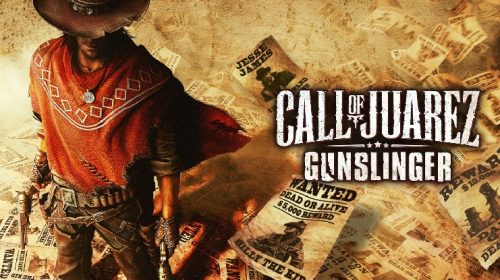