Cats and dogs have never been the best of bedfellows. This seems to be true in Cat Quest’s domains of Felingard and in the Lupus Empire where cats and dogs respectively rule.   The true rulers of each kingdom, however, are an ousted cat and dog who need to work together to bring these two lands back together.

Cue a very familiar adventure, using much of the same maps and locations as the original Cat’s Quest, though this time there are a few changes beyond your canine companion.  To add more to your overall quest would be spoiling the story but if you’ve played any RPG before you won’t be entirely surprised to find it involves a lot of finding stuff to move the story on with quite a bit of fighting, levelling up and dungeons included in the mix. 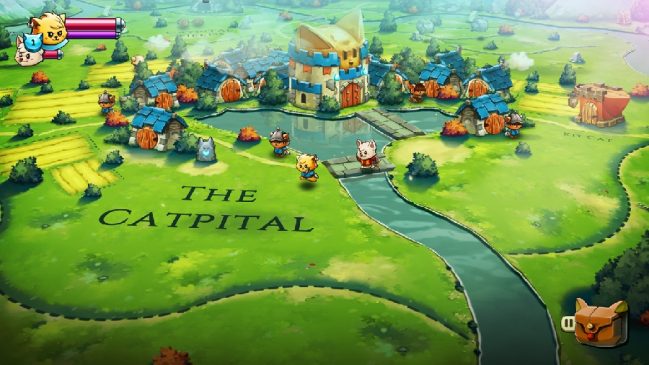 The one area where Cat Quest II does differ is in the difficulty level.  This game doesn’t over-complicate things with intricate spell casting on multi-button combat and the story is easy enough to follow.  It’s a deliberate decision by the developers to appeal to younger gamers as well as those who love a good cat story and have come for the many, many cat puns on offer.  As such, it won’t take seasoned gamers long to complete the story but that’s not really the point.  Whoever said it’s about the journey not the destination probably played this game first. 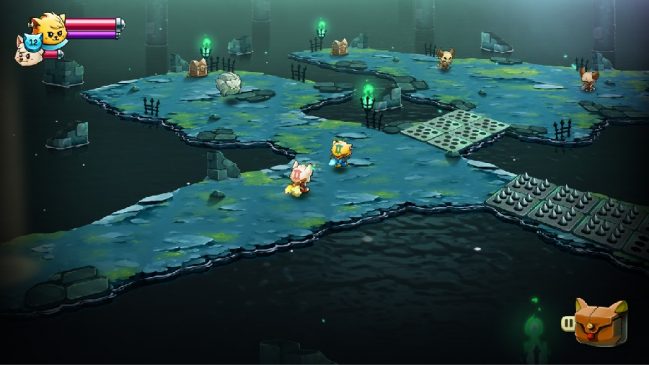 The pastel coloured maps and cute graphics are easy on the eye here and help players new to the genre ease into the RPG elements such as dungeon crawling.  There’s no chance of getting lost or not working out how to level up enough to fight the next group of big bads you come across because everything is all spelt out for you, either in the clearly signposted graphics or the simple stat system that the developers have added to help you through the game.  It’s not something that old hands at RPGs will necessarily like seeing but the system works really well for the more casual gamer or those trying to get a first grip on the genre.

I’ve now played this through on Switch and PC and both platforms work well but the game feels like such a natural fit on Switch, especially as it benefits from the easy to see graphics on the smaller screen.  If you want an easy to play RPG, can stand some of the overly-cuteness of it all and you’re feline the cat jokes (see what I did there?) then I’d really recommend picking this up. 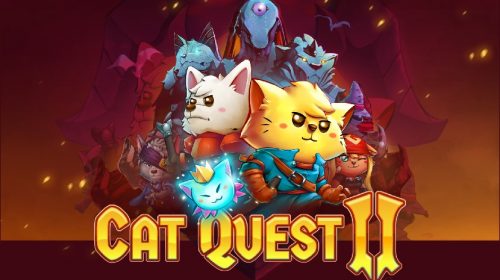