Don’t you just hate it when you’re out with a friend, minding your own business and then find yourself in another dimension fighting off tiny demons?  Well that’s what high school student Yang Yumo finds herself doing after taking a wrong turn in the district of Ximending.

Dusk Diver is an odd game that mixes ideas from Musou style fighters like Dynasty Warriors with a mild RPG storyline and a fully realised anime style rendering of Ximending, a district in Taipei, complete with some of the original stores that have agreed to having their shops digitally recreated in the game.  As a selling point, Ximending doesn’t immediately stand out but it is pretty cool to think that getting a drink in a bar within the game could well be replicated in real life if you visit the Taiwanese city.

The story sees Yumo with her best friend Yusha taking a wrong turn and finding that their town has an alternate dimension version of itself, complete with guardians who look after it.  The problem is that demons called Chaos Beasts are trying to break through during the hours of dusk and after Yusha is injured, Yumo finds herself helping a stone lion guardian, Leo, fight them off, having unexpectedly borrowed his powers when he arrives to help her. 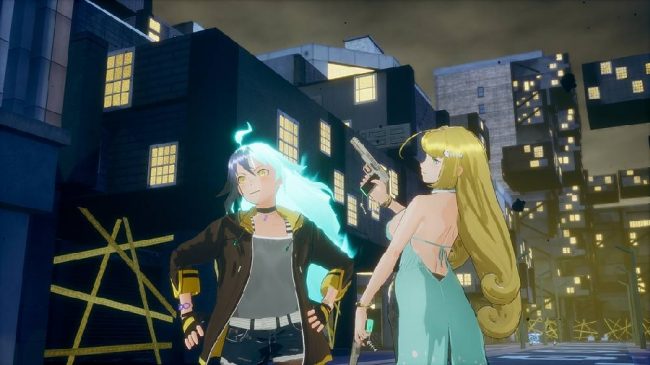 Things take an even stranger turn when she learns that Leo is working for another guardian in a local shop and as she still has access to Leo’s powers, they hire her to work in the shop during the day and fight Chaos Beasts at dusk.   This splits the game into two, with the daytime mild RPG elements, visiting stores to buy food and drink and running errands followed by the Musou fighting in the alternate version of the town at dusk.

The slow paced daytime gameplay and initially repetitive dusk-based fighting might put some off at first but give it time and the story starts to expand, providing a much larger threat to Taipei and the opportunity to learn new fighting techniques and face much bigger threats.  The fighting is definitely the stand-out part of the game with new moves becoming pretty impressive as you take on more powers.  There’s a fair amount of backtracking through the odd dusk version of the city but this is offset with the growing threat and the great moves on offer. 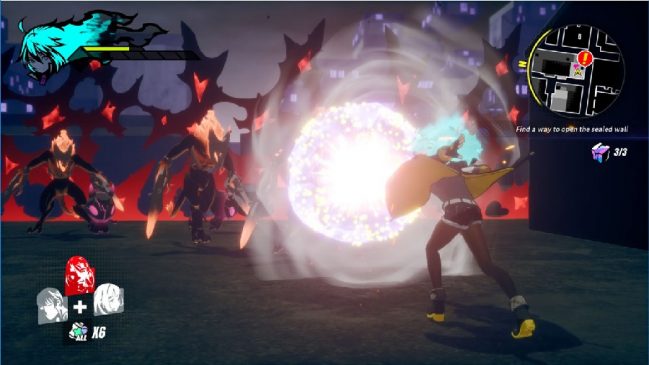 Dusk Diver does have some great art and voice acting to help you enjoy the story beyond the fairly humdrum missions you find yourself doing for the guardians.  Characters are well designed and look fairly flashy in combat, it’s particularly great to see the difference between their real world forms and the transformation to their ‘battle-ready’ modes during combat.  Running around Ximending is interesting for those who want to experience what it’s like there, though it does feature a lot of store fronts that are greyed out and the pedestrians stood around are stylised as silhouettes until you get up close to them, which is a little jarring.

This is a game of two halves, though and there’s no getting away from the rather bland RPG-lite tasks at times when all you want to do is mash Chaos Beasts.  Later events in the story do help to perk things up a little, though and for fans of the genre will find that it’s worth persevering, plus the characters are likable, which helps a lot. 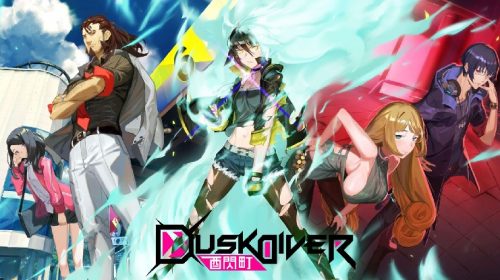