The more things change, the more they stay the same.  Such is the case with the 2019 Formula One season but can Codemasters’ 2019 official video game shake things up a little for those wanting a bit more?

In F1, it’s business as usual at the top Hamilton, Vettel and Bottas sit pretty, with the two Mercedes drivers pretty much owning the top step of the podium.  More interesting things are happening in the mid-field and Red Bull is, thankfully, looking better this year than they have the previous two years.  Even McLaren are finding their luck changing, probably a little slower than they would like but it’s all good for the fans.  Likewise, on the surface the new F1 game feels much like it did last year; a new lick of paint makes the cars and tracks that bit shinier, controls and AI have both been tweaked to improve an already great game but most of the exciting stuff is happening further down. 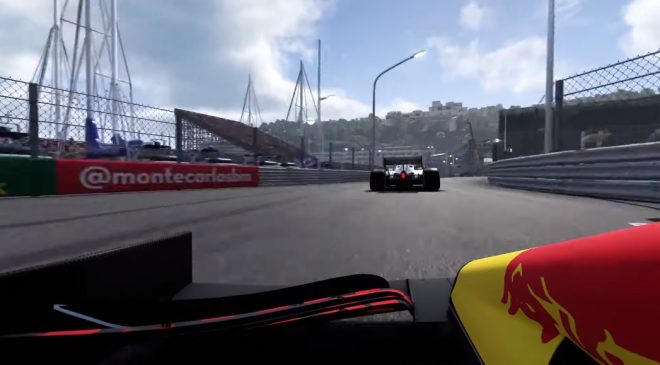 The addition of Formula 2 is a big one and I, for one, am glad that they’ve finally added it.  The F2 drivers feed F1 with new talent so it makes sense that your career begins here.  The cars feel different to drive and there’s an excellent, though short, story which sees you facing off with a sour faced rival for the top spot.  It’s just a shame that when this comes to an abrupt end after only a few races, you’ll be back to the same career mode as last year, with only a few press interviews and options for changes between races.

That said, the racing is the meat and potatoes of an F1 game and although there aren’t huge changes from 2018’s game, it’s enough to make this a more solid racer.  Rules feel a bit fairer (bar going off the track, which still seems harsh) and AI drivers feel much more real than last year.  The graphics on console have really been improved, too, as long as you’re playing on Xbox One X or PS4 Pro.  From what I’ve seen, the PC version can look stunning on the right hardware, too.

Online is robust and continues last year’s excellent challenges where parts of a race are set with conditions, often based on this season’s events.   You could be racing Vettel for first place in the wet or be running short on fuel and have to manage your tyres on the last lap, they’re all great challenges that mix things up.

So little changes here and there and an F2 mode that feels like a great addition but, sadly, a short one.  F1 2018 was a stunning game and the 2019 game builds on this.  Much as I would have loved to see a longer F2 section, it’s still in pole position for me. 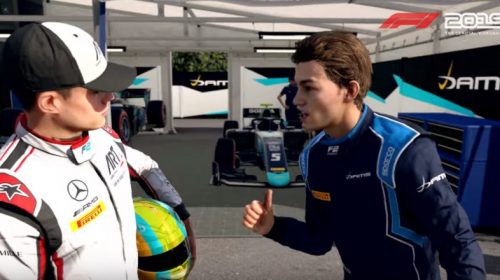