Being shown the ropes by the perpetual Employee of the Month would be daunting enough, but the robotic task-master in Fail Factory really doesn’t want his perch tipped at all.

A series of physics mini-games makes up the fun in this new port of the original Gear VR title, with blocks to be sorted, robots to test and rubbish to recycle. These form the basis for a fairly straight forward bunch of tasks that are easy to learn but get pretty frantic fairly early on.

Controls are easy to grasp, the good thing about the Quest’s controllers is that they’re pretty intuitive if the developers use the right and Fail Factory, like it’s predecessor, Sports Scramble, certainly manages this. Just as well, because those easy to master early tasks get ramped up to the max as you try to become the new Employee of the Month and knock the smug little robot of the top spot once and for all.

Fail Factory is a game designed as much to be watched as it is to play. Sticking this on chromecast through the TV is an ideal way to keep a bunch of spectators entertained as they scream ‘advice’ to the player and laugh at their mistakes. It’s not a game that uses the 360 degree environment particularly well but it doesn’t really need to and in keeping things simple it makes it more accessible to younger players, making this a great game for families and parties.

Tasks do get a little repetitive, even if new obstacles and challenges are added as you make your way through the ranks of questionable job titles, given out as achievements for earning enough coins in each task. On the plus side, each task is replayable and the system allows you to improve your score, Angry Birds style, with further replays.

Set at a low price point, Fail Factory is one of those games you might just pick up on a whim but it’s certainly the type of game that you’ll keep coming back to or letting others have a go with. The bright, colourful graphics, humour and general storyline are perfect for younger players while the later levels will have even the adults sweating. 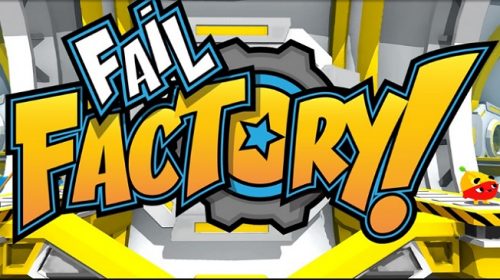