It’s been a long time coming but the Switch now has a proper racing sim and it’s damn good.

GRID Autosport may be a game from 2015 but on Switch it feels fresh and modern, partly because all the other driving games that have come before have either been kart racers or part-sim arcade style experiences.  This is the real thing and I’m happy to report that it feels like a perfect match for Nintendo’s hybrid console.

There are a few things to note for those who like to skip to the end, just before your attention wavers and you head straight to the score; this isn’t a game that will punish you unless you really want it to.  GRID: Autosport has been made with both the beginner and sim-fanatic in mind and it caters to both really well with a good set of difficulty levels.   Secondly, there’s one little caveat with any driving game on Switch, the lack of analogue triggers mean that you won’t get that nuanced feeling of gradual acceleration from the trigger buttons, it’s all or nothing.  Thankfully, developer Feral Interactive have included support for Gamecube controllers as long as you have one of the many adaptors on hand and these do have analogue triggers, so there’s a way to solve it. 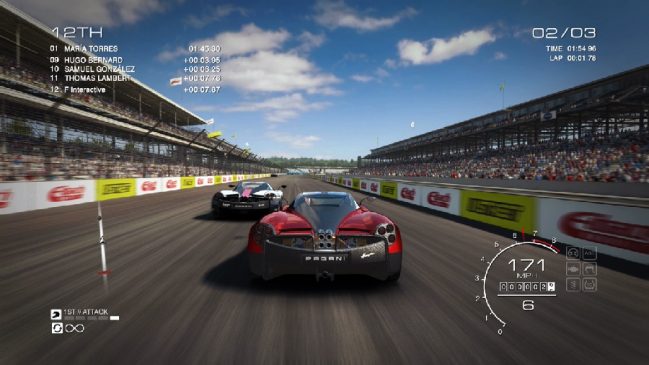 For those coming to Autosport for the first time and diving straight in to the main Championship mode, the game throws you in the deep end at first with a fast race in a powerful car against pretty good AI, even if you’ve chosen an easier difficulty.  This shows you what’s to come if you make it through the huge number of races and is a great way to highlight the impressive AI at its best, but don’t be put off if you don’t finish in the top 10.  After this it settles down in to an easier set of races that are no less fun to drive.  The first few tracks will give you a chance to get the feel of the controls and work out how to properly corner and pass other cars.

The championship is split into five different disciplines from Touring Car circuit and Open Wheel to Tuner series and Street racing with an impressive Endurance option for those who love a challenge.  Add in a huge selection of vehicles from Minis to F1 cars and you have something for everyone.  Thankfully, the game is fairly open about what direction you choose to take your career, with each area unlocked from the start and further progress in the GRID Championship mode is easily unlocked from competing in these events.  Once you’ve chosen a discipline, you’ll need to sign up to a sponsor and this will give you various objectives to complete as you race, earning you money and fame.

Money buys the ability to customise your cars and this, in turn, will improve their performance.  There’s a deep level of customisation here for petrol-heads to get their teeth into but Codemasters have also made it accessible for newcomers.  While you can’t change the overall look of your car on the outside, the options for tinkering with the mechanics are impressive.

Coming from something like Forza, GRID: Autosport is less pronounced in how it uses slipstreams, braking etc but they’re all there, just tucked away under the hood.  It features the now-common rewind feature in generous amounts which you may well make much use of during your first few races.  A more interesting option presents itself in how you instruct your team mate to behave which helps you out on track.  It provides an added level of strategy to a race, though you can just as easily leave them to it if it all gets too much for you.   Having a team-mate bothering your rivals in front while you try to make it through the pack feels very Formula 1. 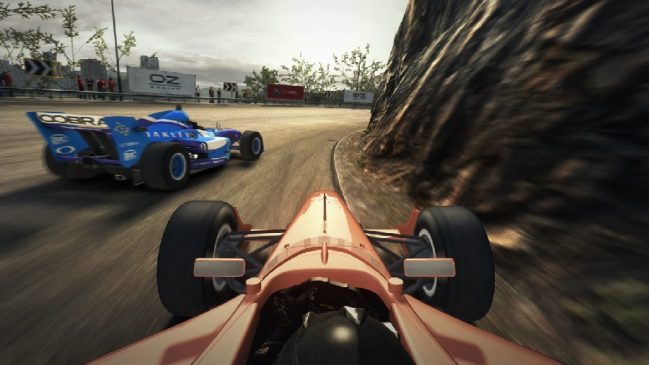 In addition to the Championship mode you have the usual quick race and time trials.  Multiplayer is, sadly, not present but is promised as a free download at some point soon.  If they manage to add split-screen then this will be the icing on the cake.

Graphically, Autosport looks great if you choose to run it in Hi-res mode with the optional free download of Hi-res visuals.  In this mode the game sticks to 30fps and looks fantastic on Switch.  A 60fps mode lowers the fidelity of the graphics, though they still look pretty good, and gives advanced players greater control while an optional handheld mode cuts the graphics down further for the sake of battery power.    I really hope more developers see this an impliment this last option in their games, especially for those of us who own the original Switch models.

The long wait for a proper racing sim is over and we couldn’t have asked for a better racing game, Codemasters and Feral Interactive have managed to cram every last DLC car and track into a really impressive package and made this a must-buy for any racing fan. 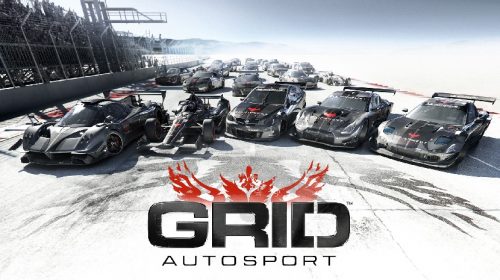