There are a fair few mobile ports on Switch, some of which have become great games in their own right when transferred to a paid system in place of their original free to play originals.  Some, though, inevitably show their shortcomings on a home console. Into The Dead 2 is one of these.

Into the Dead 2 isn’t a bad game, there are plenty of positives to talk about from the great artistic styling of the graphics throughout and the voice acted story and cut scenes to the choice of weapons and feeling of frantic dread at the undead coming in huge waves towards you, but what looks great in screenshots is marred by a very simple gameplay mechanic.

If this was a first person shooter it would be epic and it may be what many are expecting but Into the Dead 2 is actually an auto-runner where your only controls are to move left and right and shoot all while the game pulls you further into the screen.  It’s a little like some of those classic Sega House Of The Dead arcade machines with the gun on the front, only here you can’t even aim, just shoot in the direction you’re facing.  Your weapons also have very limited ammo so the main emphasis isn’t even on shooting the zombies, just dodging them. As such, it’s quite limited in scope beyond the changing scenery and weapon upgrades. 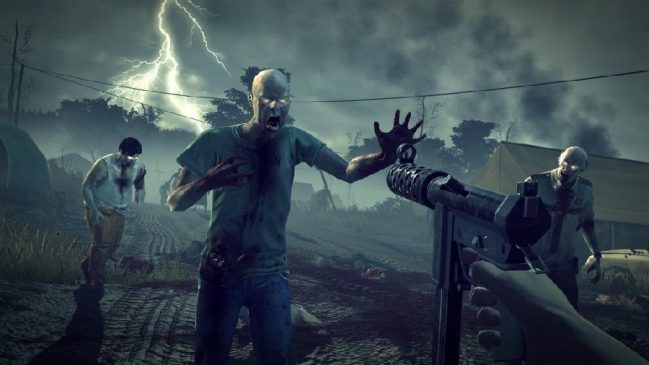 Your aim is to move forward by a set amount of yards before moving on to the next level.  Between each level you get a short burst of audio about the main character trying to get home to his sister and daughter after his lorry crashes on the way then you’re off again on a jaunt through fields, towns and crossing roads.  Various buildings and obstacles either need to be avoided or strategically navigated to prevent you slowing down and zombies pop up in front of you and to the sides.  Get too close to one and you’ll have one attempt to stab it with your knife each round before its game over. 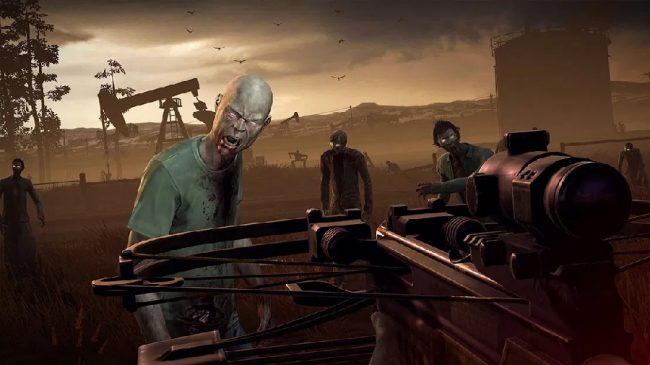 Guns, bullets, grenades and extra bonus items are earned after each round and your weapons can be swapped out before you set off again.  There are bonus objectives for each course, too, such as getting a set number of headshots or passing through buildings.  These earn extra points on each course, shown on the main map, and can be replayed to earn more.

As a mobile free to play game Into The Dead 2 is great and works well, even taking in to account the real world money you’d need to pay for new weapons. For the £35 asking price on the Nintendo eShop, though, it feels as if the publishers are reaching a bit too far.  The repetitive nature, limited movement, lack of bullets and slow unlocking of weapons means that the game is fun in short bursts and while it looks great it’s only worth recommending if it goes on sale with a deep discount. 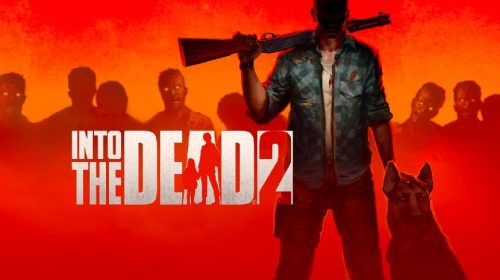