I remember a time before Mortal Kombat had a proper story.  We used to make up our own back then but none of them have been as fun as those in the last three Mortal Kombat games.

We come to the 11th game in the series mid-story.  Earth Realm has been protected (again) but not without some sacrifices.  Jax is too injured to fight and his daughter, along with Johnny Cage’s daughter, find themselves fully in charge of the operation to keep Earth safe.  Meanwhile, Rayden is a bit of a changed man/god after his last adventure defeating Elder God Shinnok and has a bit of a mean streak to him.   In to this mix comes a new character, Kronika, the Keeper of Time, who says she wants to heal the timeline Rayden corrupted, so we get a story where original MK fighters are re-introduced alongside their older counterparts and their children.    But, of course, Kronika has a few secrets herself. Which is all just another excuse for a big bunch of people and gods beating each other up, of course, but the writing and acting are pretty good (as they have been in the games since the reboot of Mortal Kombat 9) and it’s great fun to have a reason to fight. 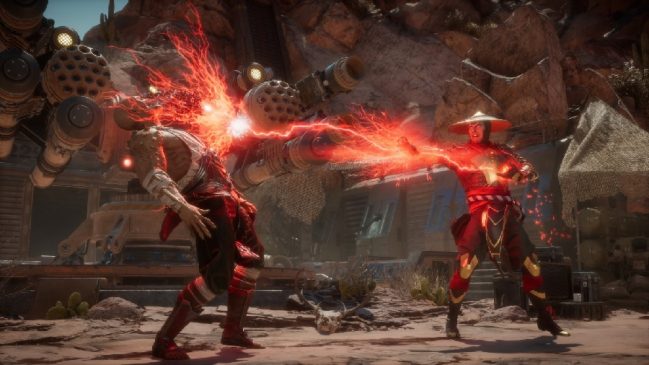 Speaking of fighting, Mortal Kombat has a reputation as the bloodiest and most violent fighter out there, ever since the 16-bit consoles hosted the blood filled spectacle for the first time, and 11 is no exception.  It employs even more of those eye wincing X-ray slow motion scenes that show exactly where you’re putting the boot in (quite literally in some cases).  Fighting in general is as solid as ever and takes some of its cues from the Injustice games as well as from MK10, giving the player even more chance to make a come back when their health runs low with the new Fatal Blows feature.  This activates when your health is really low and, if done successfully, will inflict a huge amount of damage on the opposing player.

New armour can be won from fights but, unlike Injustice 2, is only cosmetic.  Gems and new moves can, instead, help boost fighters and these can all be obtained by entering The Krypt, a free roaming area that contains treasure chests to open with credits earned in game.  This Krypt can get a little boring after the first few hours of trawling through it, though.

From the story mode to the comprehensive tutorial and the excellent Towers of Time, which feels like the original Mortal Kombat’s tower of fighters but with certain rules in place for each match, MK11 is the best entry in the series yet. 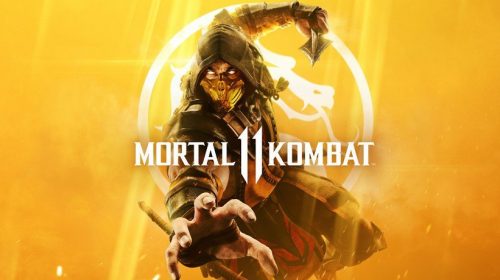