NZXT’s new top of the range liquid cooler, the X62, is certainly a large beast.  The radiator itself is 280mm, so it needs a decent case with enough space to fit.  If you’re lucky enough to have one, though, it’s pretty much the best cooler going and provides NZXT’s now famous lighting system as an added bonus.

The neatly packed (and it is packed) box contains the cooling unit, all enclosed in one single piece with no need to worry about leaks due to the high quality connections and unique design which ensures all pieces are kept sealed.  It also includes 2 fans (140mm for this review model), several backplates to allow you to install the cooler unit on both AMD FM and AM motherboards or Intel socket 1151, 1150, 1155, 1156, 1366, 2011, 2011-3 alongside four standoffs.

Instructions are sent from the motherboard via USB2.0 cable, which means those with USB 3.0 internally will need an adaptor to connect this. Power comes from the standard SATA connector, with the cable included in the box.

There’s no doubting that the flagship model is rather huge at 280mm(full dimensions being 315 x 143 x 30mm), anyone thinking of installing one of these coolers really needs to check their cases first.  Most good quality high end cases will enable the cooler to be installed (usually in the top or back) but low to mid range cases may not have a large enough space.

I can certainly recommend NZXT’s H440 case, which is the case I’ve installed this particular cooler in to, as it allows really easy access to the top and the radiator has plenty of room either at the top of the case or the front. 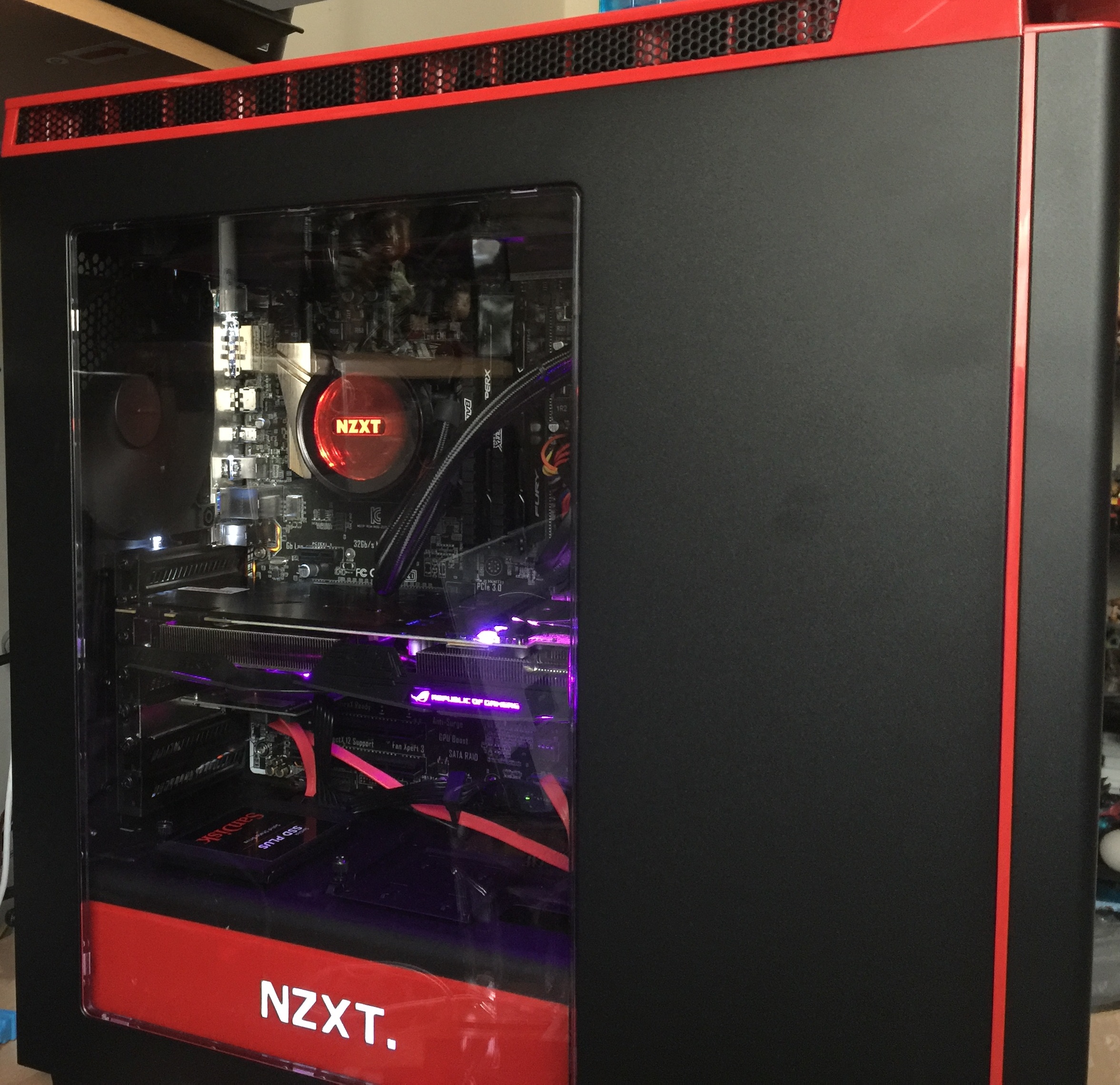 That said, it’s designed to be fitted easily if the space is there and comes with everything you need to fit it.  The assembly involves installing both the fans in to the radiator and then fitting that to the case but, even so, it’s a 10 minute or so job.  The cooler sits on top of the CPU via the included backplate and spacers.

The  nylon-coated tubes, which carry the liquid from the pump to the radiator, are a good compromise between tough material which can guarantee no leaking or breaking and flexibility enough to manoeuvre the tubes between cables and around your system.  I was impressed with how these are connected and it certainly looks good enough to withstand multiple removals as well as the many twists and turns usually suffered by tubes when system builders change their hardware or move things around inside their case. 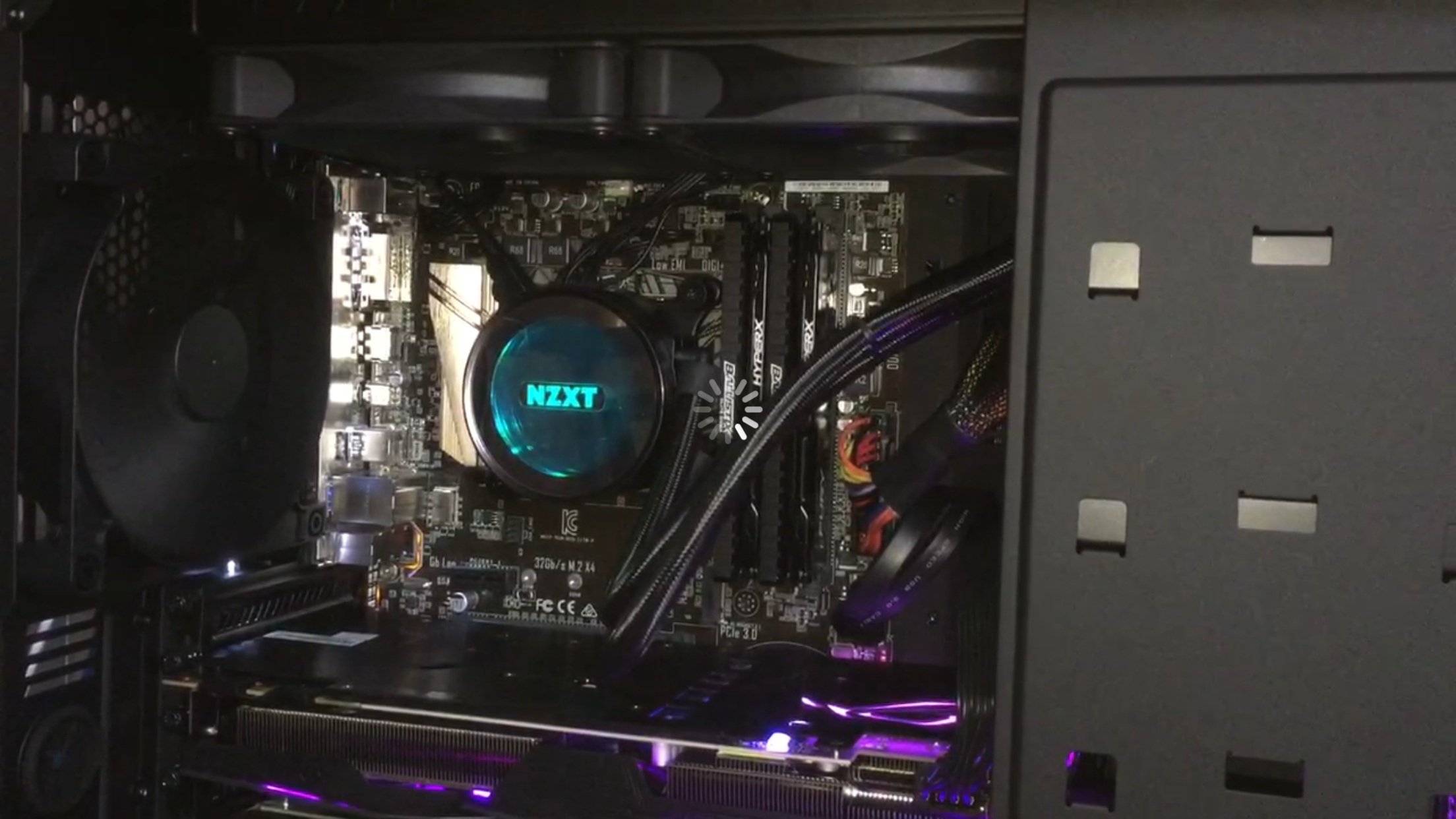 Without power, the round pump looks fairly standard, in spite of its mirrored front.  It’s only after plugging it in to the USB and power that the added benefits of lighting become apparent.   The USB 2.0 wire is joined by a standard SATA power connector and  four 4-pin fan connectors that can power both the 2 140mm fans in the radiator and 2 additional fans should you wish to link cooling to the radiator temperatures rather than the case or any separate fan controller you may have.

Once up and running, downloading the CAM software (no CD included) allows you to make changes to the operating conditions and the lighting, including some very useful effects to show temperatures via the different colours.   The ‘Infinity Mirror’ effect on the pump gives a unique design feature that can’t be found elsewhere, making the lights look as if they’re receeding into the distance.  There are marque and strobe effects on offer, too, alongside one that links the lights to music.

The software is pretty comprehensive, though the initial setting brings up the compacted view that gives you an easy-to-read overview of the fan speed and temperature of the CPU and pump, as well as your GPU, Hard Drive condition and the liquid temperature going around the cooler.  Expanding the software’s screen gives you a much more detailed view of the whole system.

Settings let you tweak the mode of the radiator fans, from fixed, performance or silent.  Fixed is my preferred option but all three provided fairly quiet operation at low temperatures.  They also give you advanced controls over fan speed at certain temperatures and link to any HUE+ system you might have installed to co-ordinate lighting, even adding temperature-based lighting for your whole system if you really want to keep track of how hot it’s getting.

For the purpose of testing temperatures I’ve used a standard clocked Core i5 6600K, one of the most frequently used Skylake chips, alongside an Asus Strix GTX 1070, Corsair CX650 PSU, 24GB Crucial DDR4 RAM and ASUS 170-P Motherboard.  Ambient temperature was around 15C.

I set the fans to silent, which is what most will want from this fan as it really does produce very little noise other than a slight mechanical whirring from the fans.  Even so, the temperatures between this and the Fixed mode weren’t all that different.

On idle the average CPU temperature is around 19C (4C above ambient) to 21C.  This rises to 39C when pushing the CPU by using the new 3DMark CPU Stress test.

Running The Witcher 3, a CPU intensive game, gave around the same high 30s and a Futuremark test gave the maximum temperature I’ve seen since installing the cooler, 41C.

That’s a pretty good result for a CPU which is being heavily throttled.  It does come at a price, though.  The one downside to closed loop water coolers in general is the price and this Kraken X62 is around the £150 mark at the time of writing.  It’s a hefty chunk of money.  On the other side of this, if you want really cool temperatures for overclocking then this is your best bet and it also comes with a six-year warranty in tow.

With the ease of installation (given the right case), the unique LED display which really adds something different to a glass-sided case and the low temperatures this produces, the Kraken X62 comes highly recommended.