Some pixel art games pay little fan service to their arcade past, Retro fighter Roof Rage, on the other hand, revels in them.

From the moment you start fighting, this feels like a modern take on the classic arcade fighters, Konami’s Yie Ar Kung Fu in particular.  It swaps out the ground for various roof tops, with a lot of emphasis on mid-air combat, but otherwise it has the same sort of sensibilities (and difficulty level) as those old classic fighters, just with a smooth modern edge and some ideas taken from the Smash Bros ring out style of fighting. 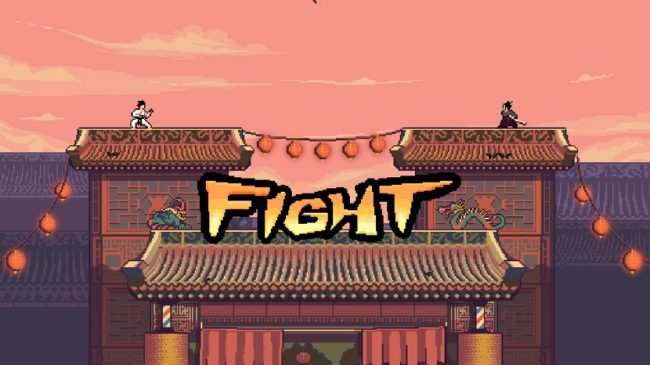 The Switch release follows an earlier Steam launch and most of the options are ported over intact, bar the online mode which is due to arrive later on.  The arcade mode pits you against an increasingly difficult set of AI opponents that will punish you even on easy.  It’s no push-over, that’s for sure.  That said, it doesn’t feel unfair, either.  Enemies have certain patterns which you can take advantage of and you have several special moves that you will need to learn to make your way through them.

Local mode gives you the ability to challenge friends in a frantic battle and is fantastic for anyone wanting a multiplayer fighter that offers similar mechanics to Smash bros but with a retro Kung Fu twist.  I loved this mode and it’s something well worth indulging in if you like your local multiplayer games.

The pixel-art style works well here because it’s so well detailed and there are some great touches in the artwork.  There are odd occassions, however, when it’s difficult to keep a track of your character, particularly during the local multiplayer matches when the screen pans out to keep track of everyone on a level with buildings you can enter.

When the online aspect arrives this will be a full package but even without that I can still recommend Roof Rage to anyone who misses those mid-80s arcade brawlers. 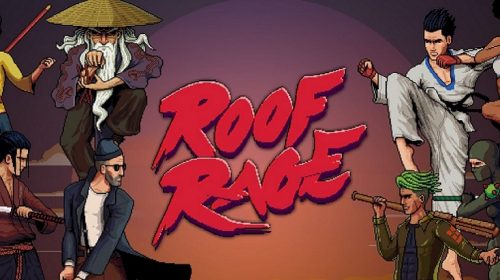