SNK’s arcade and Neo Geo output is renowned for its quality and the Samurai Shodown series is always one of those cited as an example of this, so the idea of updating the fighting series for a new generation got me pretty excited.

Thankfully, the wizards behind the latest Samurai Shodown knew what they were doing and the game received much praise when it released last year. Switch owners, having had a steady drip-feed of SNK Neo Geo ports over the past few years, have been left waiting but now the game has finally made it to Nintendo’s platform.

The port, by Safari Games, shines on Switch without compromise too much on visuals, at least in docked mode. Framerates have been prioritised here with 60FPS being the goal, which both handheld and docked modes manage, but it does mean that handheld takes a hit on graphical fidelity compared to the docked mode with what looks like a 480p resolution and muddier visuals. The smaller screen hides this well (particularly on a Switch Lite) and I’d argue that it’s little sacrifice for being able to play the game on the go, especially when original Switch owners can always play it docked for a better experience on a large TV, though for my money the new graphics, lovely as they are, still don’t beat the 16 bit sprites of the originals.

The game itself feels just as strategic as the previous titles in its use of weapons, something that distinguishes it from many other well respected fighters and the use of a range of attacks plus kicks adds to the series without breaking what already worked. The 16 fighters are all different enough to give each player a favourite based on their fighting style, including the three that are brand new to the series and further fighters ill be available via DLC.

As is the norm these days with fighting games, Samurai Shodown has a wealth of content to unlock in single player in addition to playing through the story. It’s no Mortal Kombat, though, and takes a more traditional approach to a story, so don’t expect fully realised video throughout.

Online and local vs modes are both solid and provide plenty of fun in finding the right strategy to beat your opponent. Matches can be fairly quick affairs if one player knows how and when to press home their advantage, though, so taking the time to get to know strengths and weaknesses is essential if you want to last more than a few minutes in a game.

Samurai Shodown may have been a long time coming to Switch but fans should be pleased with the results, despite some of the visual compromises in handheld mode. Let’s hope this is just the start of a new series. 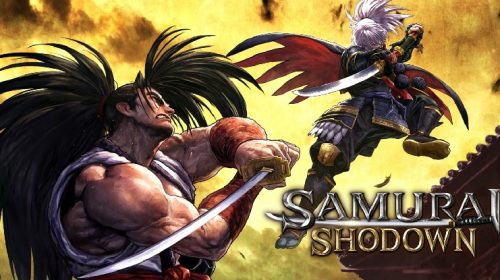