Ryo’s been waiting quite a while for us to rejoin him on the journey to find his father’s killer but he doesn’t look a day older.

For those of us who followed his story on the Dreamcast, we’ve been waiting since 2001 for the next chapter to appear and despite the time difference and many generations that have passed since then, it sometimes feels as if time has stood still in this world.

The recent remasters of the first two games have, at least, gone some way to remind us and to introduce new players as well as improving the graphics and tweaking gameplay for a modern audience but like these, Shenmue 3 doesn’t go out of its way to feel anything other than a proper sequel to the game that started the whole open world trend. That means it won’t be everyone’s cup of tea but it will satisfy those looking for a true continuation of the series.

One word could be used to sum up Shenmue 3’s gameplay; slow, possibly also methodical. Your daily tasks might involve nothing but finding way to make enough money or waiting for sunset to talk to a certain person in order to gain a clue to your next goal. In between this you have entertainment via fishing, collecting toys from the gacha capsule machines and playing minigames to win (or lose) money. It’s a shame there are no arcade machines this time around but seeing as I spent a lot of my hard earned money on them in the previous games, it’s probably for the best.

There is Kung Fu, though. Early in the game you’ll need to learn this in order to beat the street thugs and gangs that stand in your way and it’s yet another area where Shenmue expects you to show some patience, just as in real life. You won’t get to learn every move at once, you won’t even learn a single move until you’ve completed a few tasks for the grand master that acts as your teacher, but that’s life in Shenmue. It is, however, essential that you learn and carry on learning. This is the only way to make it through the story and it can be pretty punishing. Your foes are no mere pushover even with all the training you can do, so be prepared to face them more than once.

Graphically Shenmue straddles the old and new, just as the recent remasters have. It retains that odd stiffness of the original, from the acting to the animation, but the engine its running on now means that it looks so much better, just in an oddly retro way. In some ways it’s similar to those ‘8-bit’ style indie games that, on closer inspection, just wouldn’t have actually been possible on an 8-bit machine back in the day. So it is with this game, it’s made to look retro, 1999-style retro, but if you look closely there’s a lot more going on here than there ever was on Sega’s classic Dreamcast.

So should you pick Shenmue 3 up? Assuming you’ve played the first 2, either the originals or the remasters, you’ll already know the answer to that and the score down below won’t really matter to you. If you haven’t played the previous games then you really need to. Shenmue 3 is a third act that just won’t make a lot of sense to those who haven’t witnessed the first two. It’s also a game out of time but one that deserves your time none-the-less. Slow and methodical it may be, but it’s also wonderful and, just like Ryo, it has a big heart. 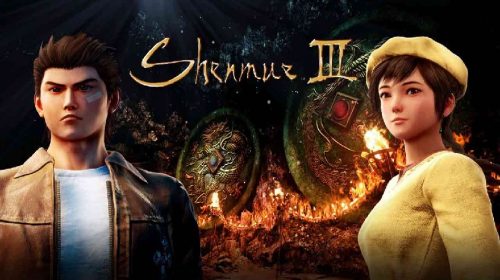