It’s fair to say that Sega’s Shenmue series has had its fair share of attention over the years, often being cited as being the first and, possibly, most accurate life simulations since its launch on the Dreamcast.  After numerous campaigns to get the game remade, Sega have finally brought both games to current gen systems to reignite interest ahead of the third instalment.

Ryu’s attempts to find his father’s killer start off small, in his own small Japanese town, and the first game deliberately holds him here for its duration, getting to know the locals and their day to day lives in order to weed out clues and move the story on.

To understand Shenmue’s place in gaming history you need to try to imagine a world without third person open world games.  Shenmue was something unique for it’s time, not only did it have a living, breathing world set in a real location in a small town in Japan, it was breathtaking and intriguing with both a story of revenge and a host of hidden collectables and distractions that were often as entertaining as the story itself.  It also marked the start of the Quicktime event era, button pressing as fast as you could when the button command appeared on screen, something that has stuck with us even today.

But we’re not playing it back then, of course, we’re playing this in a post GTA world full of open world games.  Shenmue may have lost some of its shine thanks to more modern worlds but it still has something to give.  The open world is different to others because it’s designed to mirror a small section of real life in 80s Japan.  Only the Yakuza games come close to this.  But here, in Shenmue and its sequel, every npc has a role and something to say and every collectable item has been lovingly crafted.  While the story plods along at its own pace (there’s even a clock to remind you of the time you have left), life around you bustles past and you become lost in this little world for a time.

Even when Shenmue II widens the field to Hong Kong life it still deals with the micro-world of daily life as much as it does with the overall plot of finding your father’s killer.  Of course, this won’t be for everyone, it’s an acquired taste but one that pays off in spades if you invest in the story and world.  For some who have come late to gaming it may feel like a slow paced slog with no ‘excitement’ for most of the duration, but there has really been nothing quite like it since and the Shenmue games really need to be experienced to see just how ambitious Sega was back then and where the seed for many future games springs from. 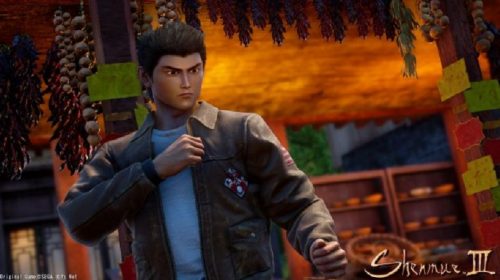