That pesky Order 66 and its resulting Jedicide (that’s a word, right?) has almost wiped out the Jedi.  We, of course, all know that a few important figures escaped but Fallen Order takes us on a journey with another Padawan who is left hiding his fledgling Jedi powers.

Playing as young Jedi in hiding, Cal Kestis, you soon find your cover blown and in a bit of a sticky situation with the Empire, particularly one Inquisition .  Picked up by ex-Jedi Cere and 4 handed pilot Greez, you find yourself aboard the Stinger Mantis and destined for adventure (whether you want it or not).  Pretty soon you even gain a droid of your own, the cheeky little BD-1. 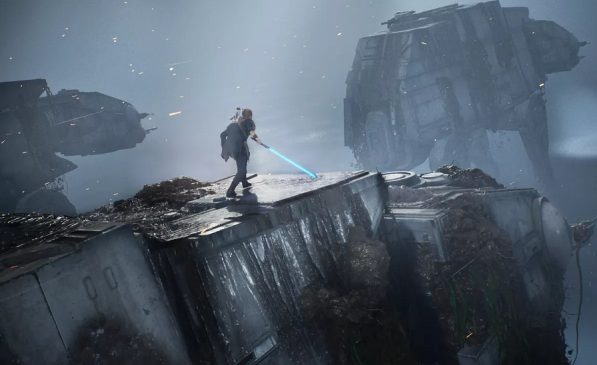 EA’s latest Star Wars game returns with the first single-player story game to the franchise in quite some time after their focus on multi-player and it’s certainly a welcome return.  The story manages to twist and turn through the familiar universe, meeting a few famous faces along the way and introducing us to a few new ones.  The game initially feels like another Disney owned franchise, though, as the crew of the Mantis riff off each other in a Guardians Of The Galaxy style while Cal tries to find his feet and remember his Jedi training (an excuse to teach the player how to use the powers a little at a time).

Puzzles are frequent but mostly rely on environmental hurdles that either force powers or a bit of button pressing and leaping around will solve.  They’re just puzzling enough to be entertaining without being annoying.  One thing developer Respawn have done well is to introduce these force powers slowly and this also plays into the adventure side of the game, leading to a slightly Metroidvania style of exploring where some paths on planets are unavailable until you’ve got the right skill to access them.  It does mean that you’ll be hoping back on the Mantis to fly between planets but it’s always a welcome change of scenery and there’s a pretty solid story to underpin it, too.

Combat is interesting in that it seems to borrow a lot from Dark Souls-style games, particularly on the harder difficulties.  Even the starting planet that teaches you many of your initial Jedi tricks has a variety of natural enemies that are too strong for you at first and a good mix of others that will begin to slowly test you.  Special areas to rest, the equivalent of camp fires, give you your strength back but respawn all the enemies at the same time.  Where this game differs is, again, in the Force Powers which go some way towards aiding your combat and making things a little easier when the going gets tough.  You do, though, have a bar that depletes as you use them, so it’s not all plain sailing.

Fallen Order looks the part in terms of landscapes and characters and really goes a long way to making this feel as much like being part of the Star Wars universe as it can.  There are a few issues, though, at least in the PS4 Pro version I played, where textures wouldn’t load in from time to time and draw distance wasn’t always the best, but it’s not a game changer by any means.  Some of the characters look a little too cartoony, though, which did distract me a little.

Respawn Entertainment have done a great job with Star Wars Jedi: Fallen Order and it’s really nice to finally play a good solid single player Star Wars game again.  The Clone Wars era setting is perfect as a middle ground that gives them a lot of freedom with the characters and plot and the game itself is fun and challenging in just the right measures.  If you’re a Star Wars fan old or new then I’d highly recommend picking this one up.  I guess the force really is strong with this one. 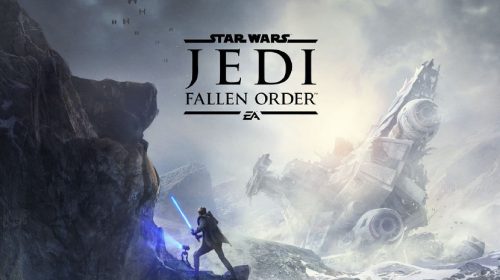