Ubisoft must be using some sort of arcane magic if Starlink is anything to go by.  The Toys To Life genre is all but dead; Skylanders is taking an extended holiday, Lego Dimensions and Disney Infinity have long since given up the ghost, yet here we are with a highly desirable new addition, complete with beautiful spaceships and great gameplay.

It helps that the Nintendo Switch version comes with a secret weapon; Fox McCloud.  The Star Fox pilot is back, alongside his ship, the Arwing, while other versions get the less iconic but no less wonderful Zenith ship.  Both feature the main character and pilot Mason Rana.   Knowing how the market changes, Ubisoft have also made a digital version available where no physical purchases are required to play, though you can choose to add them later or buy more digital ships and pilots instead to add to your fleet. 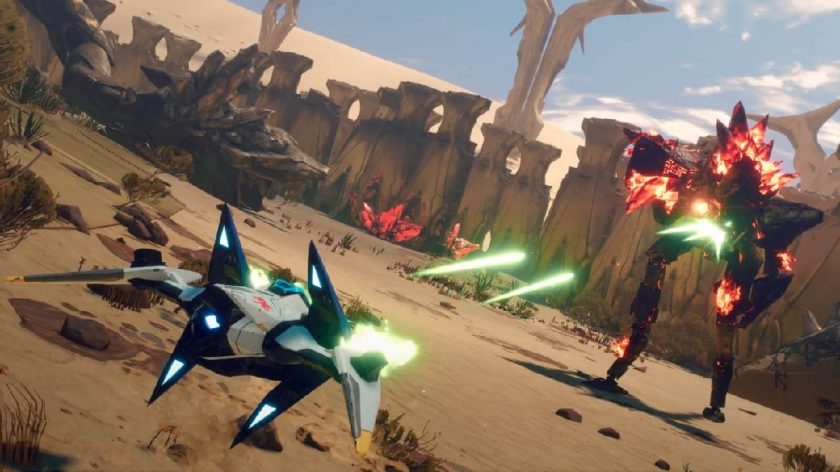 None of this would be any good if the gameplay wasn’t engaging, of course.  Thankfully, the developers have taken an interesting mix of space combat and planetary investigation and made an enjoyable campaign that takes a whole solar system and makes it your playground.  The aesthetics feel like Ubisoft went to knock on Hello Games’ door and borrowed some of their No Man’s Sky code, right down to the creatures that inhabit the planets.  That’s no bad thing, the planets and space sections are both a joy to scout around, plus the enemies are far more varied in this game.

While the game world might be open world in design, the gameplay is far more restrictive, giving you set missions which almost always come down to blowing something up or collecting items.  For some this might be a welcome addition, the game streamlines the missions through good storytelling and gives you a reason to fight, though it may be jarring to those thinking the universe would allow them to just travel around.  Younger players, especially, will find it much easier with this guided gameplay and since this is a toys to life game, they will be the main audience.  That’s not to say the game is overly easy, I’ve lost ships in particularly difficult fights, but it won’t take long to reach the end point if you’re just concentrating on getting to the end of the story rather than taking on all the collecting tasks and usual busywork.

Weapons are very important in defeating enemies, especially in some of the huge boss battles and you can hot swap different weapons either digitally or by physically snapping them on to the plastic ship that sits on your controller.  Ice, fire, plasma and all the usual suspects are here, depending on what you buy.  The digital version is pretty generous in providing a whole host of these from the start where as physical will depend on what you buy; they’re available separately or as part of the ship packs. Either way, it feels great to be able to just chop and change at any point, even if some of the lock on weapons feel a little overpowered in a dogfight. 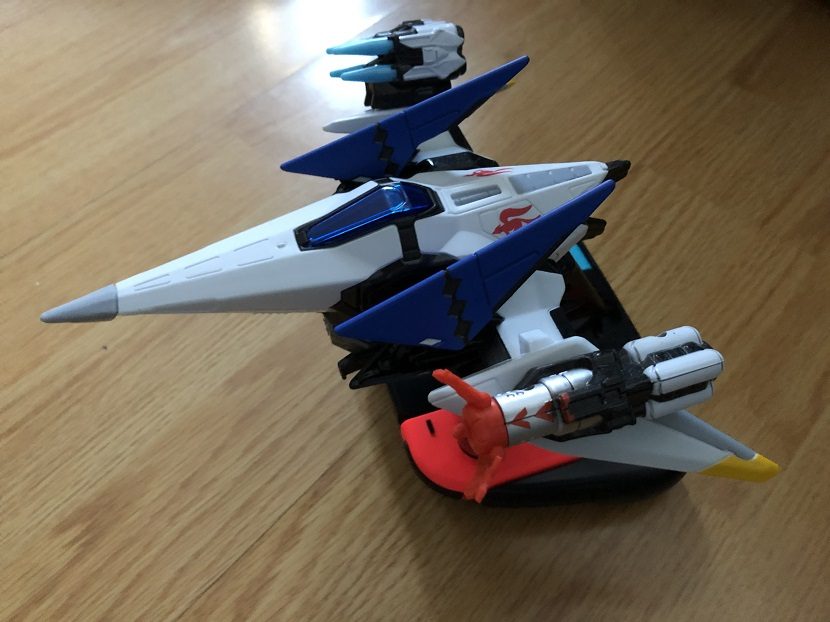 It’s a shame, then, that you can’t easily do the same with the ships on the physical game, even though you can with the digital version.  I’m hoping that there’s going to be a patch which solves this, but physically swapping out ships can be a little bit of a nightmare during a boss battle and it would be good to be given the choice of buying some ships and pilots online for the physical game.

The StarFox element has been interwoven in to the Switch story, giving you a chance to team up with Fox’s buddies for the odd mission and while it doesn’t feel exactly like a traditional game from the series, there’s certainly enough fan service to start feeling like Ubisoft should maybe go ask Nintendo if they can do a full Starfox game.

While gameplay is pretty much the same throughout, the boss battles, interesting landscapes and story all help to make this a memorable adventure.  Physically owning an Arwing that I can use in game may go some way to giving this a higher score, but, if nothing else, Starlink proves there is life in Toys to Life games left. 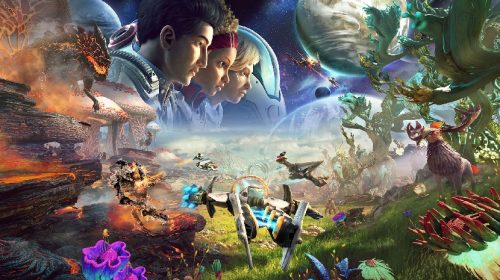