Developer Matt Dabrowski seems to have as much of an eye for humour as he does for addictive gameplay if Streets of Rogue is anything to go by.  I was laughing one minute and gritting my teeth the next as I found myself chased by drug dealers and people with missiles.

The rogue-lite approach is perfectly suited to this dungeon crawler style of gameplay, a top-down 16-bit looking maze of corridors and rooms that can contain everything from old grannies watching TV to a bunch of policemen, even people sitting on toilets.

After a short (and very tongue-in-cheek) tutorial where you’re told that your job is to get through the city to find and kill the corrupt mayor, you’re given a choice of character before you enter the procedurally generated levels, which take the form of floors. The idea is to..well, do what you want, really. There are set objectives which get you to the next floor, plus bonus objectives to unlock new characters and there’s an ending of sorts, but generally it’s a free-form open game where you can go around doing what you want to. 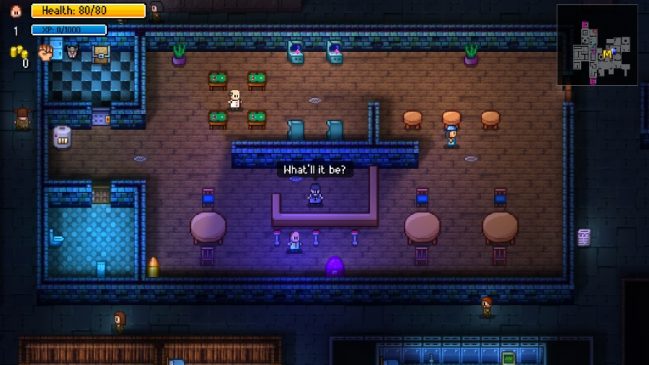 The charm of the game comes from the insane mix of different things you can come across while playing.  In one game I accidentally angered a drug dealer and his friends and spent the next five minutes with them chasing me, trying to find a weapon, only to then find a banana skin which tripped them up, giving me time to find a gun and even the odds a little.  Another time I played as a gorilla and could do a massive leap on to my unsuspecting enemies.   Every replay is different and creates more wonderful insanity. Multiplayer looks to be a blast, too, though I’ve not had a chance to team up with other people as yet, it allows for 4-Player online and local cooperative modes. 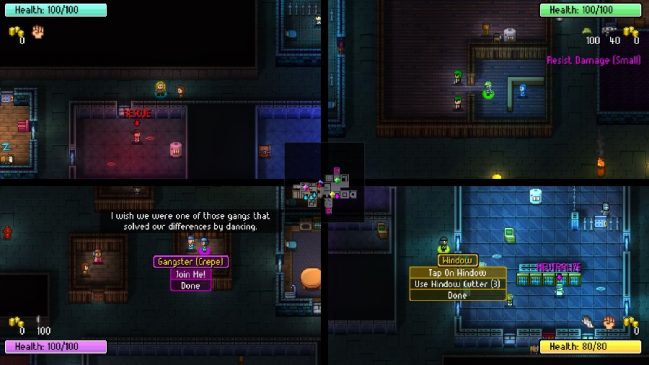 Despite all the fun and humour, Streets of Rogue is a tough cookie.  Limited health and a whole host of weird and wonderful characters who are out to get you means that you could find yourself dying at any time and, this being a rogue-lite, you’ll be shoved right back to the beginning when you do.  Not that it matters because then you get to choose a different character and start all over again, picking up ideas and tips along the way to get that little bit nearer to the mayor.

Harking back to the glory days, there’s even an option to go and hack the game with a bunch of modifiers, making it faster, slower, giving you infinite ammo or a bunch of other options.  This hammers home the developer’s love of games and how much he must love the creativity to shine through for the player.

In short, this game has been a pleasure to play through and it highlights Nintendo’s power of bringing the best PC indie games to their hybrid console. 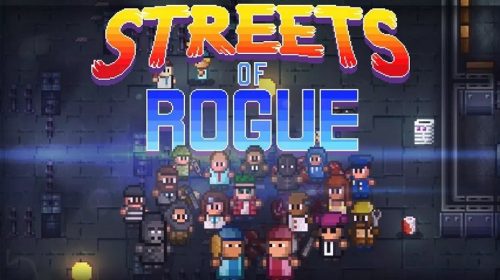