It was early May 2002 and I waited patiently for the sound of the lorry that would bring my new home console to me.  Standing in the indie game shop, I was beyond excited for the launch of Nintendo’s oddly square, Fisher-price coloured cube and the first batch of games that arrived alongside it.  One of those games was Sega’s new IP, Super Monkey Ball and it quickly became a strong favourite.

Fast forward to 2019, there hasn’t been a proper game in the franchise since the Wii brought us the last 2 games; Banana Blitz and Step and Roll (which, to me, was the best game to ever use the Wii balance board) – we don’t talk about the 3DS affair.  Sega, however, are on a roll with some of their old IPs and Super Monkey Ball finally comes home to the Switch, the screen lights up with a yellow tint and I’m transported back to 2002. 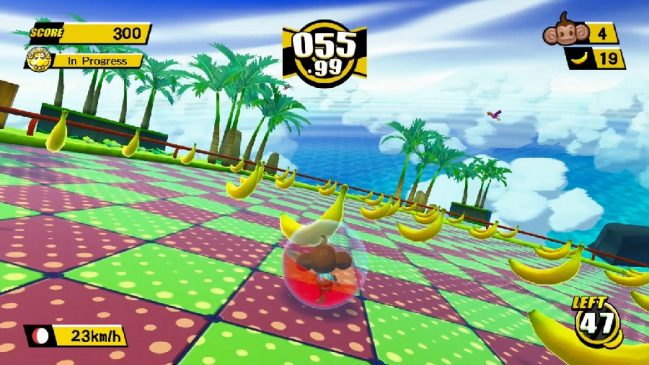 Of course nostalgia can be a funny thing and Banana Blitz is probably best remembered as ‘the one that brought in those pesky motion controls’.  It was, however, also the game that refined the gameplay of the first 2 Super Monkey Ball games and gave players 50 new mini games.  This HD remaster takes away the motion controls and only provides 10 mini games, but it return we get to play without the motion controls, so it feels more like a proper sequel to the original two games.

Banana Blitz plays as I remember those Gamecube originals playing and is glorious in its simian rolling, ledge avoiding fun.  Levels start fairly easily but then evolve into dangerous thin ledges with rotating sections, pinball-style springs and multiple paths, not to mention flapping birds that create winds to knock you off and ‘cheat’ methods to getting to the end while avoiding most of the route if you’re really good or brave.

There are two main missions; complete the level in as little time as possible and collect all the bananas.  It’s not really possible to do both in most levels, so there’s always that element of going back and getting that banana completion sorted.  Levels feel a little different, partly because some of them have definitely been tweaked and partly due to the lack of motion controls but either way it feels better for it.  There are some deft designs later on in the campaign and it does get tricky but only after giving players a generous amount of time to get used to the nuances involved in guiding monkeys around mazes in semi-transparent balls.   This is probably also why it was Banana Blitz, rather than the two original games, which got remade first (and, please, Sega, give us those next!) due to the far easier entry level requirements here compared to the rock hard level design in Super Monkey Ball and the deadly additions from the second.

The only fly in the ointment are the boss battles, which feel detached from the rest of the game and are really unnecessary.    They don’t appear too often, thankfully, but I’d take more bonus banana collecting levels over these any day. 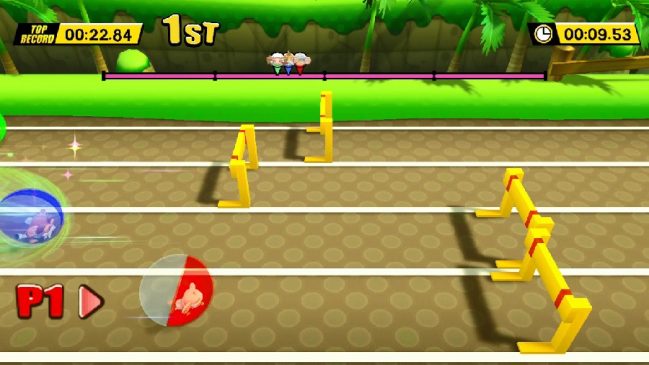 The 10 mini games are, perhaps, the best of the bunch from the original 50 games on the Wii but still don’t represent the heights of the golf or target mini games from the original.  They’re fun with friends and a blast with the family but I’ve been back on my Gamecube originals to check it wasn’t just nostalgia and, no, they still can’t hold a candle to those early mini-games.    It’s nice to have, though, and they will get some replay value, more than I can say for Mario Party.

Generally, though, Super Monkey Ball Banana Blitz HD is successful at bringing the series to a new audience and reviving the original Wii game with decent controls for today’s consoles.  It feels most at home on Switch and I really hope Sega sees the worth of making more Super Monkey Ball games or bringing an HD remake of the first 2 back. 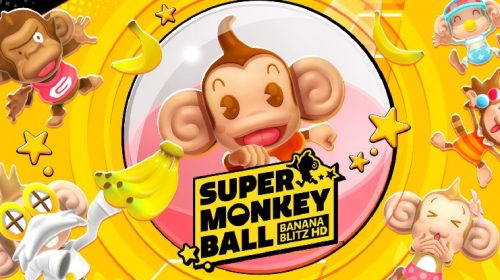