Those unstoppable killing machines are back in a game that sees you play through the time leading up to the first movie. Witness the impossible odds against the deadly…oh, hang on, I just shot one.

This is the way it goes. Terminator Resistance is full of good ideas and intentions let down by a clunky engine and a feeling that the developers really didn’t want to take any risks. Your first hour or so in the game will pretty much tell you everything you need to know.

Walking through a wasteland with very little in the way of weaponry, first impressions are actually pretty good. You have virtually nothing to defend yourself with and the deadly killing machines that turned Earth into an apocalypse are walking around just a few feet away. There’s a sense of danger and a mysterious voice guiding you to potential safety.

Instead of keeping up the suspense and allowing the game to be all about stealth and having to band together to find some way of stopping the Terminators, it’s not long before the game changes tack and gives you a group of people to fall in with and a bunch of weapons. It justifies your new-found ability to kill the machines by your savaging for parts from their smaller defence drones and turrets, eventually building weapons that are powerful enough to take anything down but it does this far too quickly without much in the way of a build up.

Had Terminator Resistance actually played around with the stealth and the deadly threat for long enough it would have fared a whole lot better but it would still need to contend with two more factors. For one, this game looks about 10 years out of date to the point where I wouldn’t be surprised if they got this running smoothly on Switch. The modelling and scenery are very low res and the fact that every person you meet seems to have some sort of fetch quest before you can progress the story harks back to a time when games eked out most of their running time with meaningless tasks.

What this game does have in its favour is that it manages to get the atmosphere right. Despite some last-gen graphical scenery, the game feels like its set in the Terminator future universe and manages to create a story that, while basic, makes sense in the messed up time travelling franchise’s continuity (ignoring the later movies, of course). For that it deserves some praise, at least.

The main problem I have with Terminator Resistance isn’t the gameplay or the dated graphics but the fact that the source material seems to lend itself so well to a game environment and yet here we have a mediocre game that certainly has some entertainment value and is worth a play through if you’re a real fan of the franchise but could have been so much more. 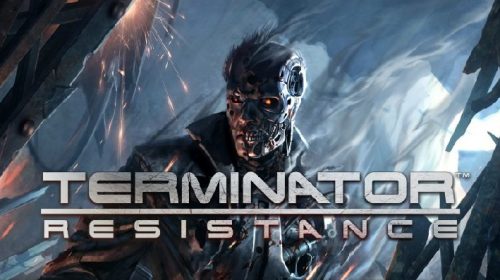