Gamepads are a wonderful invention that have been vastly improved upon over the years but there are times when they just don’t do the trick. Fighting games and older arcade games really benefit from a decent fight stick, but they can be pricey, particularly when you need to buy different sticks for each game format.  Enter Venom with their affordable multi-format fight stick.  Is it the answer we’ve been looking for?

Venom aren’t the first to create affordable old-fashioned stick based controllers, of course, there are loads out there, some cheaper than this one, but few can be used on Xbox One, PS4 and PC with ease and most tend to feel somewhat cheap in comparison.  On the other end of the scale are the more expensive sticks which offer premium control but at a premium price.

The Venom Arcade Fight Stick aims for the middle ground, providing a good quality feeling set of controls at a decent, affordable price and one which is compatible with Sony and Microsoft’s latest consoles as well as PC.  In the box you get the red and black stick and another USB lead. 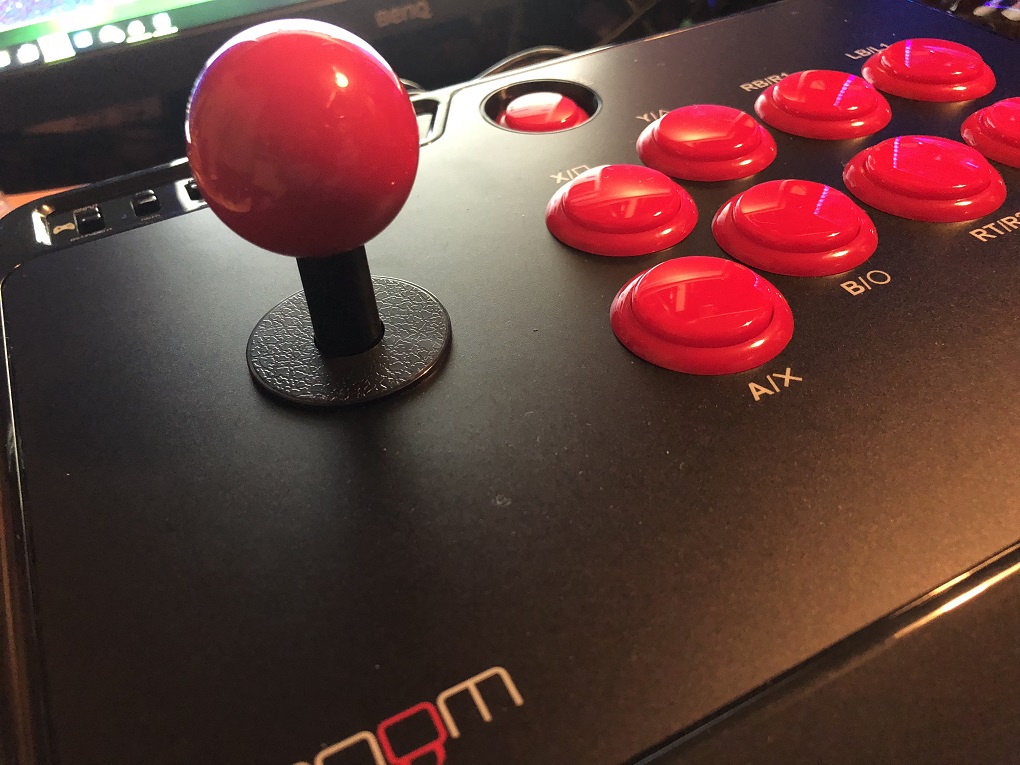 The stick has an 8 button setup plus another button for start/select, making it compatible with pretty much all fighting and arcade games.  The buttons are fairly responsive and the stick itself has a good, solid feel to it, though it might be slightly loose for some.  It’s worth noting that the base is fully compatible with Sanwa Denshi buttons and joystick , a well known and well respected series of control options that can be swapped for the standard ones and provide a much more premium feel.  This is a nice, flexible approach for those starting off with fight sticks, you can get the affordable Venom stick and upgrade parts later.  The format of the base is also open to custom designs and there are some pretty nice templates out there which fit over the top.

Along the top you’ll also find the mode selection (PC or console), Turbo selections and some context sensitive buttons for consoles (such as Share and Home for PS4). 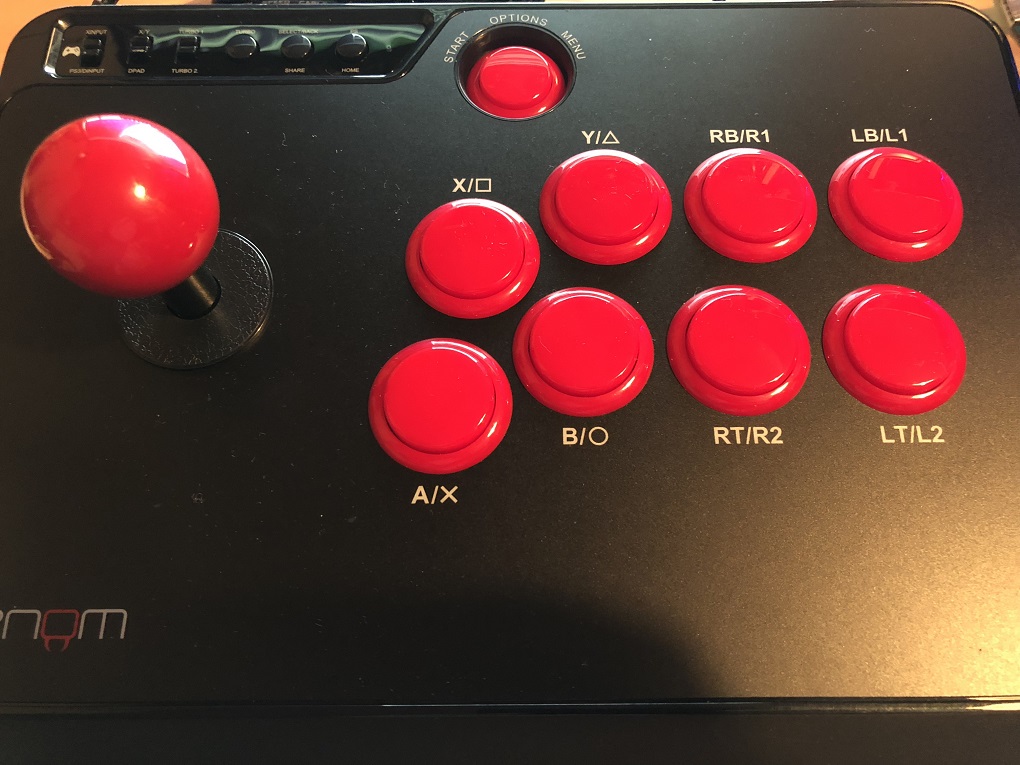 Pairing the joystick up with a console requires you to link the attached USB to the console and then take the other USB lead and link it to the controller.  This is a cheap and effective way to get around the cross-compatibility issues faced by other devices.  With the PC you simply attach the single USB to the PC’s USB port and download the drivers.

I’ve tested the Venom on the excellent Injustice 2 as well as Tekken Tag Tournament and Marvel vs Capcom games and it does a fine job.  The buttons aren’t the best out there when compared with the likes of Hori sticks, but for the money this is a solid experience which really enhances these games over using a gamepad.  I’ve also booted up some of the old Capcom and Taito arcade games on the PC to try the Venom with and they, too, work so much better with a traditional stick and the big buttons.

With more fighting games becoming top sellers, such as the recent Injustice 2 and Dragonball FighterZ, an arcade stick certainly makes good sense to get the most out of them, but even if you can justify it on fighting games alone, if you have a PC or laptop laying around it’s well worth checking out some of the older arcade collections on Steam or heading down the emulator path with software like MAME to re-create that authentic 80s and 90s arcade experience using the Venom controller. 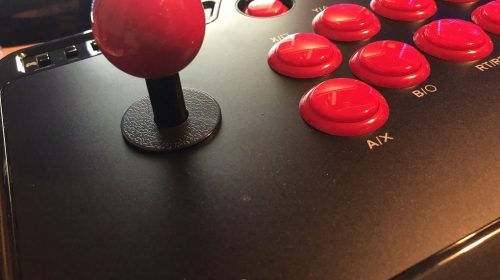