Even with the stupidly large amount of games arriving at this time of year, Yooka Laylee and the Impossible Lair stands out as one of the best.  It shouldn’t have been a surprise to me, but it was.

So the original Yooka Laylee was a great homage to Banjo Kazooie by some of the original RARE team who worked on it.  It was, rightly, a great success.  The first images of the sequel puzzled me, though.  Why go from cute 3D adventure to side scroller?  Then it dawned on me.  The Playtonic Games team weren’t just responsive for that great Bear and bird combo in Banjo, they also made the fantastic and legendary Donkey Kong Country series.  But could it even be remotely as good? 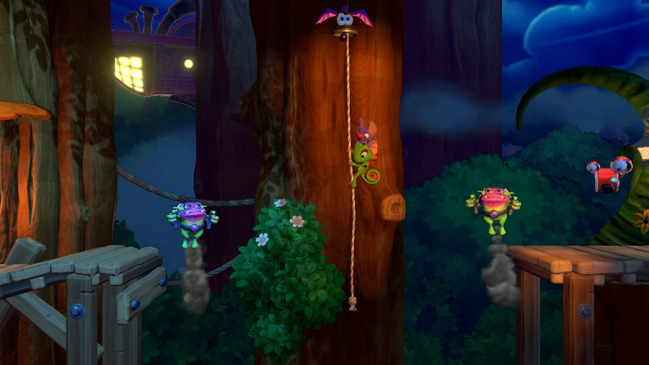 Bear in mind that we’ve already seen Retro Studios official take on the Donkey Kong series with Tropical Freeze which, to my mind, is one of the best side scrolling platformers ever made.  There’s a lot to live up to for Playtonic’s unofficial take on the series, then, but thankfully they’ve come through with flying colours.

Having sorted him out in their last run in, Capital B is up to his old tricks again, this time kidnapping Queen Phoebee and her army of bees.  Reluctant heroes Yooka and Laylee take up the challenge yet again, this time in colourful platform levels.

The central conceit of the Impossible Lair is the final level is virtually impossible. It’s something you can actually reach very early on in the game.  It pits you against a huge nightmarish level full of spiky things, scary things and lots of things that want you to die.  Unless you’re incredibly lucky or incredibly good, you won’t see this through.   Sounds unfair?  Well, it is until you realise that completing each chapter of the game rewards you with a helpful bee army that will die on your behalf (or should that be beehalf?).  Gather enough of them and you can take quite a few knocks in the final level in order to reach the end.

As well as the bees, you’ll be collecting the usual quills, the main in-game currency used to get tonics in the game, and TWIT coins that can be given to Trowser in return for opening areas for you.  The coins, in particular, give you a reason to go back and complete a level, finding them all in early easier levels will ensure you progress through later areas. 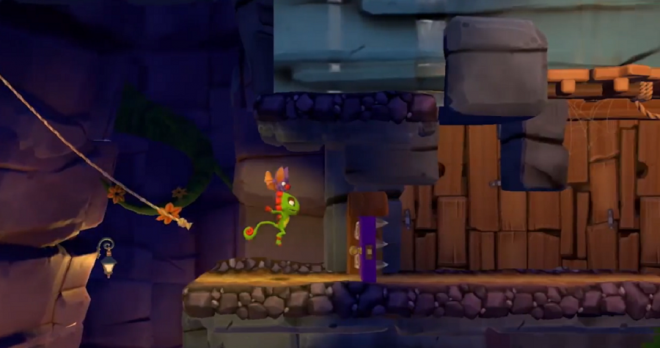 While the 2D platforming makes up the main bulk of the game you’ll also be spending quite a bit of time in the overworld, a game hub that connects the levels together. Unlike other hubs, this contains plenty of its own puzzles and quests, including the ability to collect tonics, abilities that will help you complete levels, though you’ll need enough quills to use them.

The new Yooka Laylee is a beautiful game to watch as well as to play, particularity the lighting effects.  Backgrounds are detailed and there are some nice set pieces, the overworld is particularly great to stroll around in while you find the next character to talk to or hunt down coins for the collectables.  It’s just a shame that some of the levels feel a little more bland than others, despite the game overall providing a good challenge.

While it can’t quite live up to the heady heights of Donkey Kong Tropical Freeze, The Impossible Lair is a great solid platform adventure that fans of the genre will find essential.

Yooka Laylee and the Impossible Lair 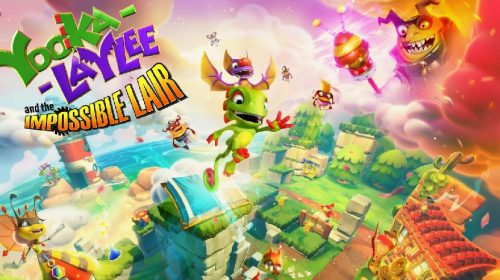