Two sets of young superheroes and an old spooky spirit invade LEGO Dimensions this week as Warner Bros continue to bolster the game with new characters.

The Teen Titans sets allow players access to an exclusive, original animated episode to discover how the vibrant team of teenage Super Heroes stumbled upon the LEGO Dimensions multiverse and embarked on hilarious, heroic adventures with new friends.  The Teen Titans Go! packs will also transform Cyborg, from the DC Comics Fun Pack, and Robin, from The LEGO Batman Movie Story Pack, into their Teen Titans Go! variants in the Teen Titans Go! Adventure World, meaning you can have a full crew without spending extra.

The Teen Titans Go! Team Pack, includes LEGO minifigures of the DC Super Hero team Raven and Beast Boy. Darkness and light in one, Raven can fight off villains using fire magic and electric bolts along with moving objects with her telekinetic powers. She can transform into her miniature Soul Self to access remote areas and cast Raven’s Portal to teleport to unreachable locations. Players can jump into action with Beast Boy as he transforms into either a bird to fly the skies, a shark to dive underwater or a mouse to get through tight spaces. The pack also features the 3-in-1 T-Car which can be rebuilt into the Forklift and T-Plane for out of this world adventures by air and sea. Players can transform the Spellbook of Azarath into Raven Wings and the Giant Hand to take flight and dig through the earth for adventures above and beyond this universe.

The Teen Titans Go! Fun Pack includes a Starfire LEGO minifigure. Players can unleash her powerful green energy blast to kiss the bad guys good-bye in her crime-fighting adventures. With the abilities to interact with LEGO Rainbow bricks and regain health quickly in battle, no one can put Starfire down. Players can also build the 3-in-1 Titan Robot for a roller-coaster fun-filled adventure and then rebuild it into the T-Rocket or Robot Retriever for an even more supercharged adventure with the rest of the Titans gang.

Raven, Beast Boy, and Starfire each provide access to the Teen Titans Go! Adventure World in Jump City where players can go on missions and explore several psychedelic areas from the Titans Tower to Wacka Doodles Amusement Park.

Townsville comes to life in LEGO Dimensions with The Powerpuff Girls™ Team Pack which includes LEGO minifigures of the super-powered sisters, Blossom and Bubbles. Players can use ultra-superpowers like Blossom’s Heat Vision and Bubble’s Rainbow Beam to fight crime and battle the forces of evil. For access to additional special abilities, the 3-in-1 Octi can be rebuilt into the Super Skunk or Sonic Squid, and the PPG Smartphone can be rebuilt into the PPG Hotline and Powerpuff Mag-Net. 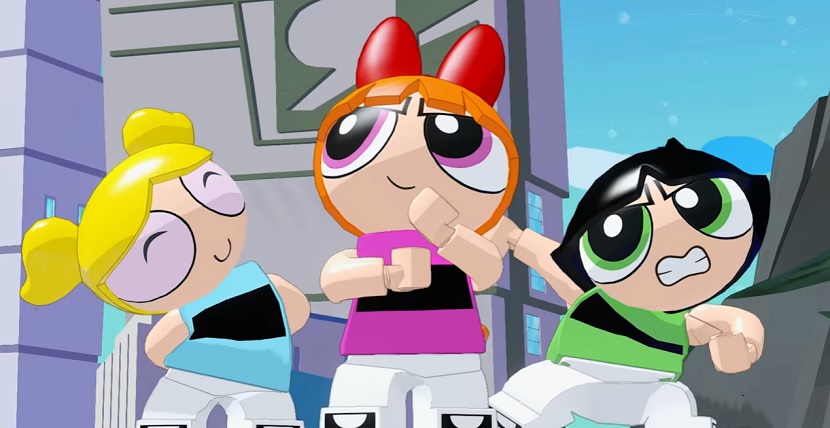 Blossom, Bubbles and Buttercup each provide access to The Powerpuff Girls Adventure World where players can unlock iconic locations like Pokey Oaks elementary, Rainbow Land, and Professor Utonium’s lab. When competition beckons, players can go head-to-head in the Battle Arena for endless fun.

The Beetlejuice Fun Pack brings spookiness to LEGO Dimensions with a Beetlejuice LEGO minifigure. Players can activate his supernatural powers to scare away the living with skills like Mind Control, Telekinesis and Spike Attack. Players can jump on the Saturn’s Sandworm for a joyride, and rebuild it into the Haunted Vacuum and Spooky Spider for more ghostly powers. Beetlejuice also unlocks an exclusive Adventure World and Battle Arena.

Developed by TT Games and published by Warner Bros. Interactive Entertainment, LEGO Dimensions is now available for PlayStation 4 and PlayStation 3, Xbox One, Xbox 360, and the Wii U.