Ubisoft have released the first DLC for their cross-state racer The Crew with both free and premium content available. 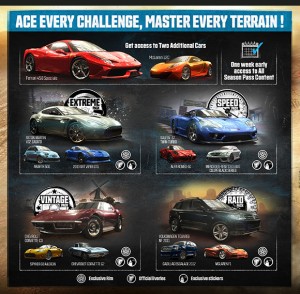 Four new missions, themed for extreme racers, are now available to all players free of charge in the Extreme Live Update. In the new faction mission, “Vertigo,” outrun racers in a high speed and high stakes race along the Colorado River. Race to the top of a mountain and fly down it full speed in “Rollercoaster.”

Push the pedal to the metal and keep your car steady on a treacherously icy route to secure the fastest time possible in “Slip and Slide.”

Defy gravity in “Hurricane” with difficult jumps on a demanding stunt-filled course located in a construction site.

The Extreme Live Update also comes with new unlockable content. Enrich your car collection with new tuning specs for five of your favourite cars and show your ride’s wild style with the new “animal” and “nature” stickers.