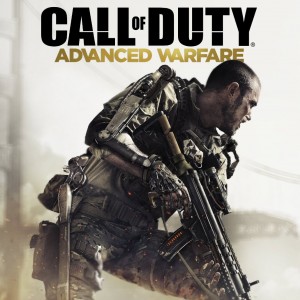 So here we are already. It’s release day for the first downloadable content for Call of Duty: Advanced Warfare.

If you haven’t seen the ubiquitous advert(s) already then you probably should, if only for the fact that it’s hilarious. What we’re going to get is already known, and to be honest it’s all fairly standard stuff. So what I would like to do is write down my ideas of what I would like to see in a CoD DLC pack in the vain hope that one day… someday… one or two of them might become real.

I’ve said it before and I’ll say it again, I think CoD is almost custom made for a paintball mode. The maps are relatively small and compact, much like a paintball game is in real life. Limit the guns, or even have a custom paintball gun (complete with a restricted range, magazine size and fire rate). Have one or two shot kills, and when you die you’re out until the next round.

Now I don’t think a paintball game would necessarily be a massive hit as a standalone, which is why I think it would be great as DLC. If they can develop a zombie horde mode then I’m sure this wouldn’t be a big leap for them. Hell, they’re almost halfway there with the paint plats anyway.

One of my biggest grumbles with Call of Duty Maps is how flat they are. They might twist and turn and undulate, but they never get more than two levels high at any given point on the map. You stand at any point on the map and you will not have a level above AND below you. In this day and age I think the CoD team could be pushing the boundaries a bit more than this.

And this is particularly true when it comes to Advanced Warfare and its exo-suits. Here you have a game that makes it easier to reach new heights and yet the maps themselves limit how far up wou can go. I say reach for the sky: give us more levels, more ways of getting around the map and more creativity in gameplay.

We’ve seen this grow a bit it recent iterations of the franchise. In Black Ops II we had maps like ‘Magma’ where we were limited where we could go, and ‘Downhill’ where the ski lifts could be a help or a hindrance. Now I thought the BlOps2 maps were very good and what I’d like to see is them take those ideas to the next level.

Have users actually control parts of the map, for instance. How about a base in Domination that is underwater unless someone turns the valve off in a Control Room. That’s fine as long as you have the control room, however if the other team steal it they could wipe out your team mates with the flick of a switch. I think there is room to grow in this area.

And finally (for now) I would like them to explore the potential of Orbital Drops more. They’re a great way of adding surprises into a game without necessarily affecting the balance of gameplay. A random Orbital Drop could contain anything from a UAV to a Paladin (I think a DNA bomb would be a bit unfair). Drop it into the middle of the map and see who goes for it.

But they could have other content available in these drops too. What about special skins for your operator or weapon? Exclusive paint jobs for those lucky enough to find it and get it? And they could make them tradable too (XP, not real money). There is so much potential with this I think it would make a great little addition.

In spite of all of the above fundamentally Call of Duty needs to stay the same. It cannot let go of its roots completely otherwise it stops being COD and becomes something else. However it does need to evolve in order to meets the changing needs to the marketplace, and this is where I think being a bit braver with its DLC will help. It can try things out; if they work then keep them, and if not move on to the next idea.