BenQ’s latest ‘Stylish’ monitor may only be a Full HD Display but it looks stunning on the outside with a striking edge to edge thin bezel design pushing the top and side of the screen out to the edge of the monitor, leaving just the bottom edge with any plastic casing showing.

The 27-inch monitor has an IPS LED-backlight screen that displays a standard 1920 x 1080 pixels (Full HD).  For those who don’t have the latest graphics card or are more interested in getting their games running stable at a lower resolution, 1080p is still a great place to start.

The GW2780 cuts costs with its connections as well, the ports comprise of a single D-Sub, HDMI and DisplayPort port facing downwards along the bottom edge at the back, clearly labelled and easy to reach.  The left hand side sports the power and, further over at the bottom edge, the function buttons.

The function buttons are easy to get to and well designed to sit right under the frame, with clearly marked signs above them on the front.  The power button is, thankfully, slightly raised and bigger than the others so there’s little chance of turning the monitor off by mistake when you go for a menu option.

The specs don’t really excite, with a 1000:1 contrast ratio and just an average 250 cd/m2 brightness making this anything other than a standout monitor as far as the numbers go, but the Brightness Intelligence Technology does seem to help it out a little.  BenQ screens are usually exceptional generally, in spite of specs, though, and this is no exception as far as clarity is concerned.  The 8-bit colour still manages to feel vibrant, especially next to a TV,

As a serious gaming monitor, the GW2780 disappoints slightly, with a higher than average 5ms (GTG) response time and timid 2W stereo speakers, so it’s not really aimed at the gaming audience.

The GW2780 isn’t designed to be a flagship model or a gamer’s go-to monitor, so it’s hard to level too much criticism at what really is a good quality workhorse monitor. It copes with games and work with equal happiness, it’s just that it won’t set the world alight like some of the higher models. 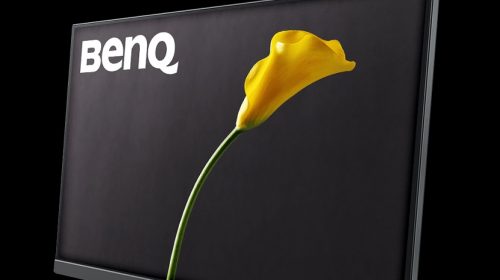