There are hundreds of open world RPGs vying for space on Steam at the moment.  Citadel Forged with Fire aims to compete with a certain set of online multiplayer RPGs that focus on building such as ARK and Conan Exiles with its own take on magic, mountains and even a bit of castle building thrown in.

Citadel is one of those games that eschews a proper narrative for what would normally be side-quests in an attempt to get the player to come up with their own story.   For some this may be an issue but for others it’s a welcome relief from the set path that other games might have you take to get to an arbitrary end goal.

Not that there aren’t plenty of things to keep you busy here.  There are dragons, monsters, people who need your help and just plain exploring the large expansive world on offer, not to mention other players who you can either team up with or fight against. 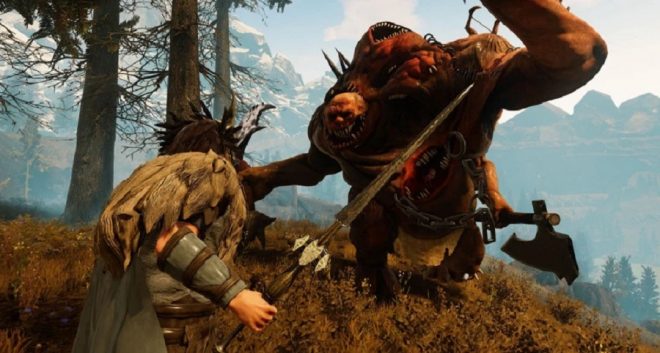 If you’re only interested in a lone single-player experience then Citadel can cater for you there, as well.    It offers many more options in single player to adjust the game to your liking but you do lose the feeling that the world is more populated in return.  It’s nice to have the option, though, and I was quite surprised by how much I played in this way.

The world looks good, too, with different environments, shadows and light effects making it look enticing enough for you to head over the next mountaintop to see just what you can find on the other side.  The same can’t be said of the various enemies and people you meet, though.  Character animations are more wooden than a Punch and Judy show and it unfortunately harms the general feel of the game when they appear. 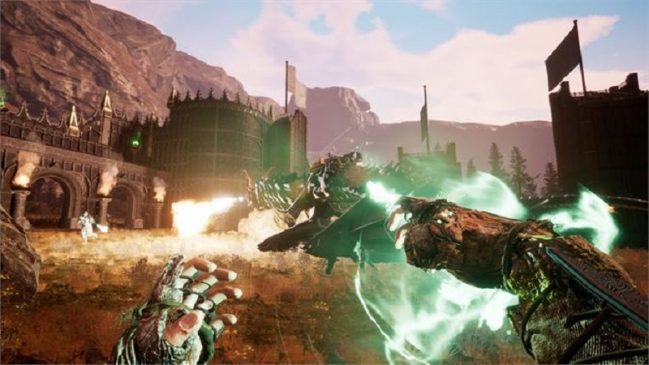 As you’d expect from a game like this, your progress is based on experience and crafting and that includes both fighting and building.  Yes, you can build your own impressive castle in this game but it will take ages to get to the stage where you’ll have all the elements ready and the knowledge to build anything more than a basic hut.   It does give you something to work towards if you persevere, though and boy, is it worth the wait.  Some of the designs I’ve seen are amazing and even my own first attempts at a tower weren’t bad.  The building system is a little fiddly at times, as with most of the games in this genre, and it does take a while to wait for elements to be build, so a lot of patience is required.

Sometimes Citadel makes it difficult for you to love it; while it pleases with landscapes it throws in dodgy animations, it gives you great building tools but you’ll need to grind to get them and it provides a nice multiplayer experience at the expense of slower progression to the single player mode.    However, it has time to improve and the basis is there for a solid fantasy world building RPG. 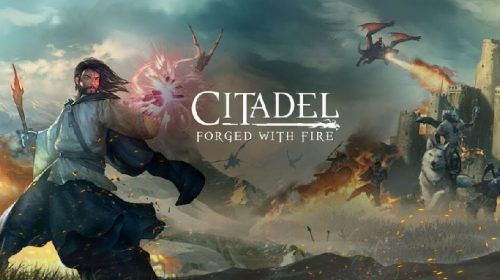