Codemasters are on a roll.  Okay, technically they’ve been doing well since the revival of the F1 franchise, but they’ve brought the Dirt series back as the rally driving go-to game and they’ve even brought a decent realistic racer to Switch.  The new rebooted GRID is their next step in their take-over of the racing genre.

Race Driver: GRID was a favourite of mine back when it first arrived in 2008 as a sequel to the TOCA series, showcasing a bunch of different driving disciplines and introducing the often emulated rewind feature for the first time.  The new, rebooted GRID pays homage to this in its opening montage video, rewinding the action before dropping you, as usual, in to three short races to give you a taste of things to come.

The intro is all flashy crashes and over-excited hosts but soon gives way to a much more mundane menu screen that gives you the option to take on a discipline before heading off to the GRID championships.  I was disappointed that the game seems to have lost a little of the showmanship between races.  Fortunately, there’s a lot to get on with in terms of the races themselves.  You can choose to start racing in any one of the open disciplines, from Touring Cars and Stock Car races to Tuner, GT and even a Fernando Alonso based set of races that take us through parts of his career (though, sadly, no extra content from the man himself, which would have been nice).

As well as a career mode, you can jump into a race from the start or join an online race easily.  I guess this is the trade-off for not having flashy menus and grandstanding between races. 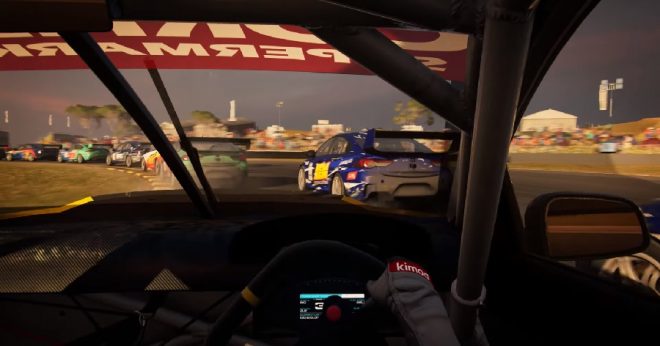 The racing is solid and leans towards the arcade side of simulation but there are plenty of options to turn off and on in order to get it feeling just how you want.  Each car type handles differently and there are plenty of tuning options to choose from.  The rewind features is still a staple part of a race, especially important as too much damage can affect your drive, but that, too, can be switched off if you really feel it gets in the way.

AI is great and really fights back, it’s not the old lazy ‘take the racing line’ approach but far more aggressive.  Part of this is due to the new Nemesis system which sees AI drivers get riled up once you’ve knocked into them a few times and take the fight back to you.  This system really makes the AI come alive and provides for some tense situations during a race.

Tracks from previous games, including the excellent San Francisco track and important tracks like an earlier version of Silverstone sit alongside newer road and race events.  There’s a good selection here but I couldn’t help thinking that the number on offer here is a bit slim compared to previous games.  I’m hoping the game will be bolstered by more tracks (which, according to the developers, will be free rather than part of the season pass) soon to help this issue but it does frustrate a little seeing the same track come up in different races all the time.

That said, what Codemasters have provided are some fantastic set pieces for their race tracks including some stunning night scenes and great wet weather racing.  Neon lights and fireworks lighting up the skyline as you jostle with full beams on.   The range of layouts mean there will always be a favourite track to use. The spectators are some of the best I’ve seen, flinching and standing back if you get too close but leaning over the barriers to wave their favourite driver on.  Health and safety, people! 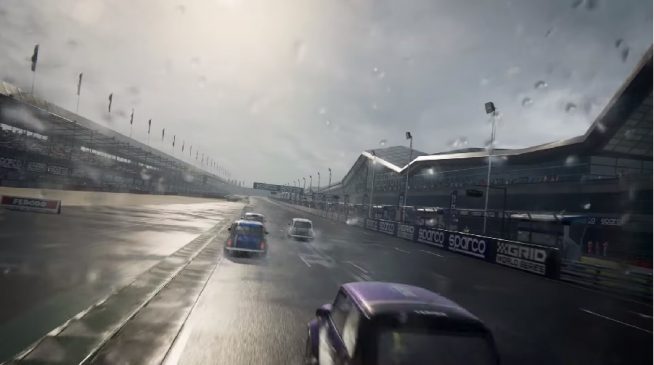 GRID is definitely more motor racing by way of Fast and Furious than a true simulation of the sport. It’s high octane action all the way and highly adjustable for different skill levels to suit pretty much everyone. One thing is clear; the love of the cars and the tracks comes through in spades here and makes GRID another great Codemasters racing game to add to their already impressive line-up. 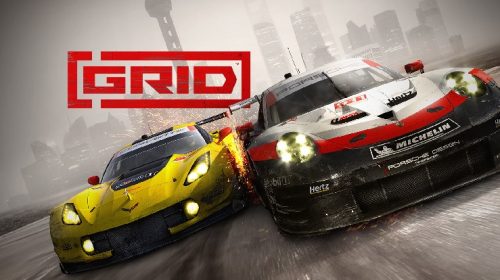