Think of karaoke games and you immediately think of Sony’s Singstar but Ravenscourt and Voxler have been hard at work trying to grab a share of the market with their Let’s Sing franchise for the last few years and the 2020 version is certainly worth a look for those with a penchant for singing games.

Boot up Let’s Sing 2020 and it feels very familiar. The interface is almost identical to the 2019 version, including the fun avatar singers in the bottom left and the game modes on offer.  The new game does provide one major new mode, though.  Let’s Party is a new mode for this year that gives 8 Players the ability to play in 2 Teams across randomly chosen game modes.  It’s a much better way of getting everyone in the room involved from the start without arguments over who goes next and which song to choose.  This works especially well in conjunction with the returning Mix Tape mode that creates a random mixtape with parts of songs in and is a great challenge for any would-be pop star.

Other modes on offer vary from the straight-forward classic mode that lets you sing a single song either solo or with others, the fun Feat. mode that tests your compatibility with another singer based on key and notes and the World Contest that provides a world-wide leaderboard to compete against. 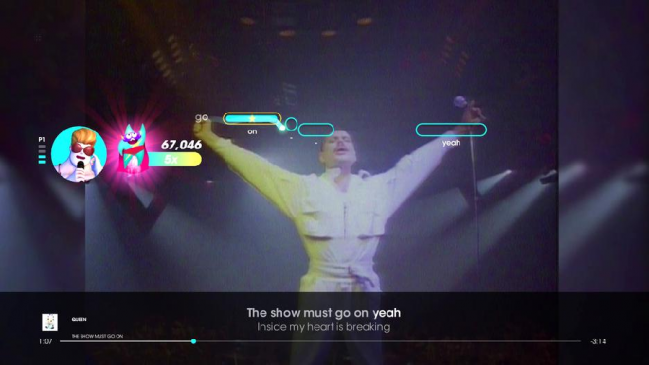 All mode are now supported with the free app for Android and iOS that can turn your phone into a microphone.  On Switch this gives you 2 players with a further player via headset or use 4 smartphones.  I tested the Switch game out with the current app and some old USB microphones from a bunch of Wii games I’d owned, plugged in to the side ports of the Switch dock, and they all worked, so there’s fairly wide compatibility.  Each player profile can be assigned to a profile and an avatar.  At the start of the game you’ll get a basic 4 avatars but more are unlocked through beating songs or hitting goals.   These aren’t just static pictures, though, they sit in the corner of the screen during a song and mimic your singing, it’s a nice touch that adds a bit more fun to the aesthetics of the game.

The track list is as eclectic as ever, from Queen’s The Show Must Go On to Selena Gomez’s Wolves and everything in between, there should be something to appeal to everyone at the party.  Each song has a full length video that plays in the background and can also be watched in the Jukebox mode where you can just sit back and enjoy the tracks.

I’m expecting the purchased packs of songs from previous games to become available in this latest version, just as they were last year, and hope that the publishers manage to secure more packs this time around.  At the moment the DLC hasn’t been made available so we’ll have to wait and see, but the track listing included with the game is more than enough to keep you going for now.

On Switch this is the only current karaoke game available but even with competition the slick presentation and song list would be hard to beat.  On PS4 it still has still competition from Sony’s Singstar but it’s still a great package that has some unique features that help it stand out. 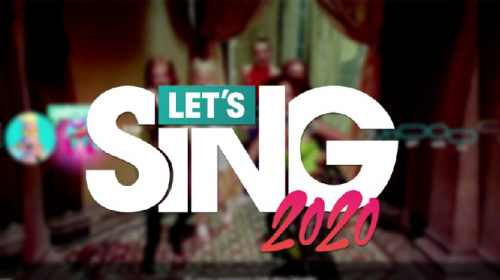