The original Nidhogg was an indie success with its emphasis on the ebb and flow of dueling.  The sequel adds a few new twists to extend this experience.

Messhof Games Nidhogg 2 is still all about the duel, the high, low and mid blocking, thrusting and parrying that made the original such good fun.  Here, though, every respawn gives you a different weapon, all with their own pros and cons.  Long range bows, short range daggers that can also be thrown or the all powerful broadsword could wind up in your hand the next time you respawn, so both you and your opponent need to be quick thinking in how you approach each other.

The other biggest feature to be added to Nidhogg 2 are the extra stages on a now much larger map/level select screen and the visuals in general.  The old game used Atari 2600 style graphics to great effect, it worked well even though the backgrounds were basic.  Animation was slick and fast.  This sequel adds some stunning backgrounds that are really great to fight on.

As before, they all scroll and give you different levels to fight from, adding to the strategy, but it’s the characters themselves that prove to be the more odd design choice.  Gone are the old pixel graphic people, replaced by some 16-bit cartoon characters.  It works in that they have more expression and a neat stomp animation when you manage to pull it off, even the worm that eats the winner has been redesigned to look more expressive, but it sort of jars with the tactical gameplay a little.  I think it’ll end up being a very marmite decision. 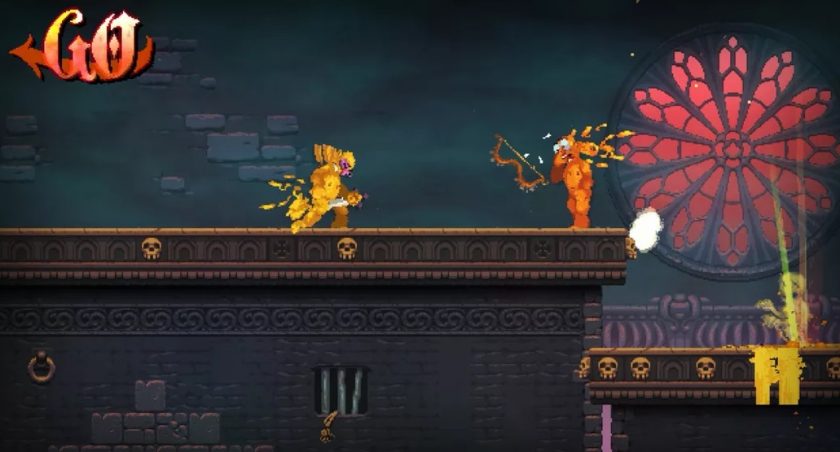 There are loads of options for playing, too. Local games, online and a nice arcade mode with progressively harder AI opponents are all available, though playing with other human players is still where the most fun resides.

The new Xbox One version has some extra stages (a bonus for waiting so long after the PC release) bringing the total stages to 12.  Every one of these levels has well thought out, multi-level platforms and tricky areas to help with strategy when fighting.  It’s a far cry from the simple linear feeling stages from the first game and I love that.

Aside from the makeover, Nidhogg 2 is very much still one of the best 1 on 1 weapon based fighters out there, particularly with the new weapons adding so much strategy to the game. 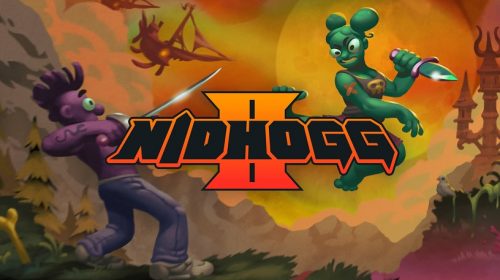