NZXT’s CAM system is well known to those who own their H series cases, controlling both the lighting, through the excellent HUE+ controller and AER fans. But what if you don’t have an NZXT case? That’s where their new RGB and Fan Controller comes in.

The controller gives you access to control two RGB lighting channels and three fan channels through NZXT’s CAM software, plugging in light strips and AER fans for lighting and fan speed and is designed to be easily incorporated in to a case with the aid of magnetic strips.

The box itself is an unassuming slab of perforated black with just an NZXT logo to tell you anything about it. One one side are two ports for lighting and the other has three ports for fan cables, but you’re not limited to 2 fans, lighting and fan controllers can be linked in serial to each other, giving you support for four addressable RGB LED Strips or five Aer RGB Fans altogether and there’s a fan splitter cable to create another connection if 3 aren’t enough.

This gives you up to 40 individually addressable LEDs per channel, making an impressive 80 LEDs controllable. Linking up the lighting channels (links are available in the box when you buy the strips or fans) support up to six addressable RGB LED Strips or five Aer RGB fans.

With a spare USB 2.0 slot on the motherboard providing the link to the CAM software and a bit of power, the unit provides a one stop shop for all cases, supplying everything you need to get going with NZXT’s lights and fans without the need for the lighting enabled H series case.

It doesn’t stop there, though. Built in noise sensors mean that CAM can adjust the fan noise levels and learn over time. Since installing my case has never been quieter even though my temperature are controlled in the same way as before.

With easy installation, the NZXT RGB and Fan Controller finally gives everyone access to some great fan and lighting options, whatever case you own. 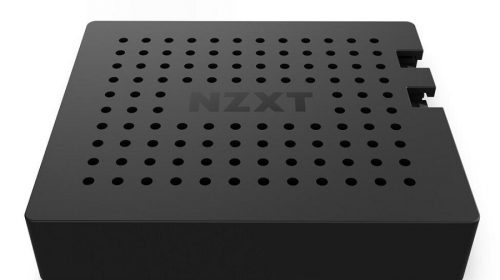