Sonic games have been hit or miss lately but despite the fact that Sonic’s main feature is his fast running speed, it seems that sticking the speedy hedgehog in a car was actually a genius move because the Sonic Racing series have all been great so far.  Can Sonic Team Racing improve on this?  You bet!

Taking inspiration from both the worlds of Sonic itself, all curly loop-the-loops and colourful creatures, plus elements from every successful racer out there, Sumo Digital have stitched together the best Sonic racing game so far, something that, dare I say it, might even come close to the latest Mario Kart, which remains the benchmark of kart racing games. 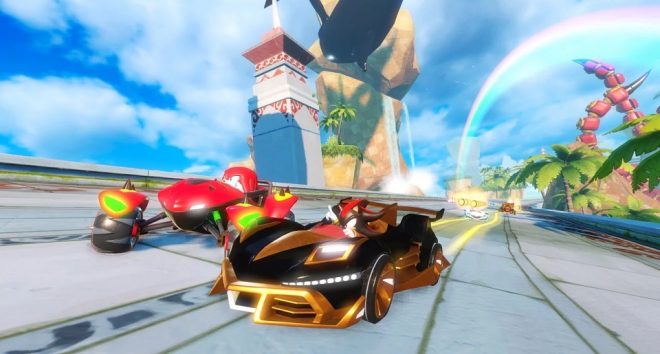 Tracks are beautifully designed with some dizzying heights, strange machines and, of course, those infamous loops. The soundtrack that accompanies them will have long-time Sonic fans grinning at the nods to the old classics, including moments from the classic Sonic R, which is a guilty pleasure of mine.

It’s not the tracks that provide the stand-out moments in this new racing game, though, but the team work hinted at in the title.  The idea is to take a group of 3 drivers, with your team mates either AI controlled or by other players, and work together to help each other win.  The most basic way to do this is by following the lead car, which leaves a trail behind for you to use.  Then there’s the swapping of weapons and the powering up of characters, which, once merged together, creates an unstoppable convoy and often leads to victory if timed right.  Thankfully, there’s some really stable online code to back this up for anyone wanting to find a team online though I did find a few people quitting out of the game if they were losing.  Local splitscreen is also catered for and works well with a group of friends around.

Upgrades are another nice feature with random loot being given for completing races, including both parts and upgrades.   You can save customised cars to characters to use again later, as well. 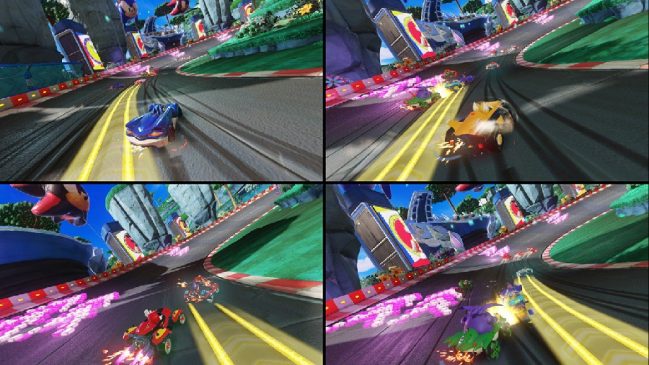 The addition of an Adventure mode is a welcome one but while it provides some great challenge-based races, including drifting and coin collecting, the story is forgettable and some of the characters voices are sub par.  It’s a good way to hone your skills, though.  I do miss the transformations from Sumo’s best effort to date, Sonic & All-Stars Racing Transformed, they would have made a welcome return here, and the roster isn’t the best, but these are small points in what is otherwise a very enjoyable arcade kart racer.

There’s plenty to do and see in Sonic Team Racing, either alone or with friends, and the tracks provide a great variety of environments and challenges.  With solid gameplay and a great team-based element this is possibly one of the freshest racing games in years.  For me, it sits just behind the great Sonic & All-Stars Racing Transformed in the series, though it’s still one of the best kart racers outside of Nintendo exclusive Mario Kart. 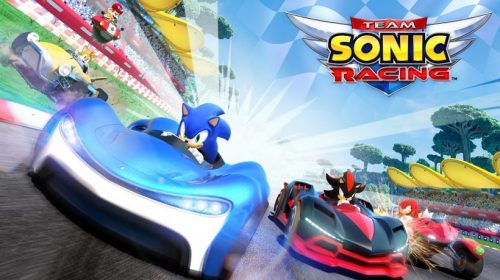