If WRC 7 was the first sign of change in the series that showed that Kylotonn Racing were aiming for the big time, WRC 8 is the game that made it.

Everything seems to have come together in this latest entry of the official rally series.    It needed to, of course, because for years its main rival, Codemasters’ DIRT, has been running away with the prize for best rally game.  Now, it seems, they have some solid competition.

From my first race it was clear that this year’s effort is a highly polished game.  Admittedly, they’ve had several years to get this one right, with WRC 7 appearing this time two years ago, but you know the time has been well spent as you drive past thickets, through the shade of trees or over a hill with the sun arriving over the horizon as you try to keep your rally car on the track and away from the next tree.  This game is beautiful, put it side by side with Dirt Rally 2.0 and it might lose a little shine but generally there are some breathtaking moments to be had during your long and gruelling race. 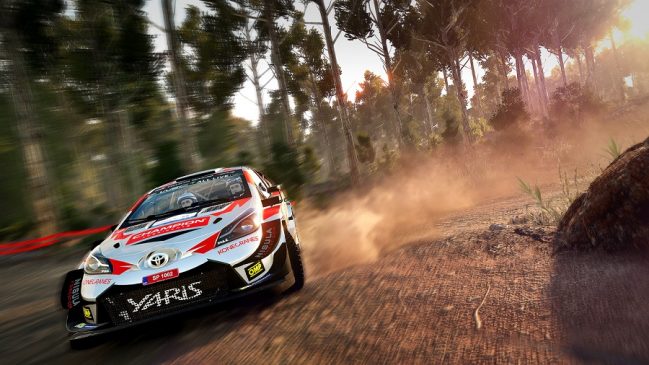 It’s as tough as it is beautiful, though.  The difficultly comes from striving for a more realistic game where a lot has been done under the hood to tweak the feel of the cars and the feedback in particular.  I’m lucky enough to have a good wheel and pedals set up for my Xbox One X (the platform I’m reviewing on) and it feels fantastic.  Even going back to a gamepad, you notice the little things that make this work.  You’ll need every ounce of control, though, because this game is unforgiving, too.  This is not a game where you join a team and expect them to enjoy watching you come in last (or even in the middle), you’ll be given feedback on your progress and will need to deal with the fallout if you don’t meet expectations.    It’s just as well that the Junior WRC championship is still there to help ease you in a little bit, though still don’t expect any hand holding here.

Your team is important in other ways as this new revamp of the series includes a much more detailed technical side where you’ll spend plenty of time in the nicely laid-out garage.  Work on R&D, organise the team support and ensure everyone is working to their best.  If you do badly, though, morale will drop and you’ll need to deal with the fallout. 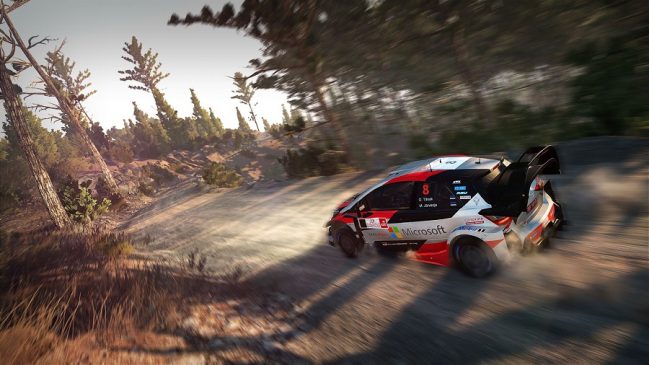 If the idea of team management puts you off, there’s always the season mode that side-steps the whole management aspect and just lets you go racing. This sits alongside the regular modes you’d expect to find, including Quick Race and online modes to compete against times from around the world.  Thankfully, there’s also a nice split screen option, though I found it did mean what felt like a drop in frame rate, which is understandable.  There’s no mistake that you’re getting a full package here, though.

WRC 8 feels like a crowning achievement for Kylotonn, something that can proudly sit alongside Dirt Rally 2.0 as a solid recommendation for rally fans who want a solid simulation of their sport. 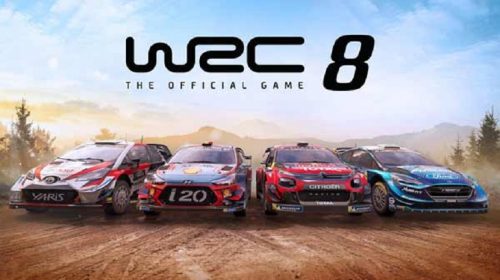