HP’s new Sprocket Studio is actually the third Sprocket device from the company after the pocket sized Sprocket and Sprocket Select.  The original two were designed to fit in the pocket and produce smaller photos but the Studio is the first to use a mains connection by default.

The box comes with the mains lead and power pack, a cartridge for 10 prints and a 10 pack of 4 x 6 inch photo paper. It’s quick and easy to set up; just plug in to the mains, plug in to the back of the printer, insert the cartridge and photo paper and you’re ready to go.  The general idea seems to be to promote this to those who just want a space saving printer for the home that produces good quality full sized photos.

Everything is controlled through the Sprocket app, which is also used for those other Sprocket devices. On first setup you’ll need to connect your device via bluetooth and I had one issue where it wouldn’t complete the process but quitting the app and restarting helped to connect it. Once connected, though, it was just a case of launching the app each time. I could even print straight from my iPhone photos, bypassing the app, if I needed to. 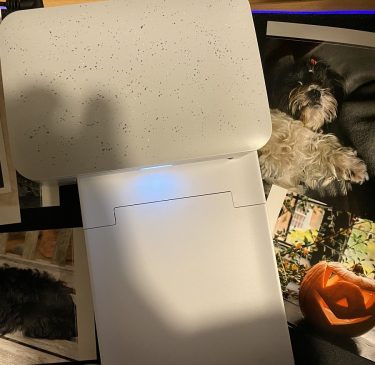 The app has evolved over the last few years and now provides a streamlined service for editing and printing out your photos, either from your phone or straight from social media platforms like Instagram and Facebook. It’s really easy to use and you can add stickers, text and visual effects as well as the usual colour changes and cropping.

Printing isn’t as fast as I’d expected due to the process adding colours in layers, first yellow then red then adding the rest of the detail. It’s a fascinating process to watch, though, with the paper coming out of the printer after each layer of colour is added. The results are great. You’ll notice that the photos don’t take up the whole paper, that’s because there are 2 tear off strips which can be taken off or used for writing details on; if you want to keep the photos in a book with some information about when they were taken, for instance. 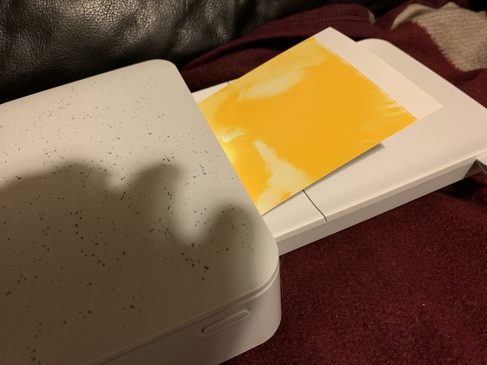 Picture quality is excellent at 300 x 300 dpi on the small 4 x 6 inch photos and it’s easy to see why this would be a hit for those who want to concentrate on making use of their camera phone to provide physical photos based on their snapshots.  While it’s certainly limited in scope compared to a full sized printer, the idea is that it takes up far less space and is very simple to operate.  Cartridges come with the paper and look a little like small toner cartridges for laser printers. They simply side in to the side of the printer while the photos pop under the fold-able cover of the paper tray.  The only issue so far is that there’s no details of a recycling scheme for the cartridges. 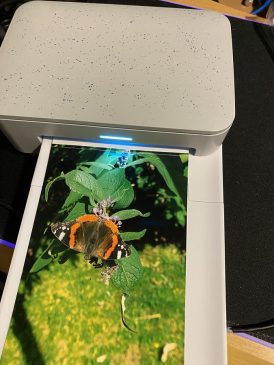 If you want to take the printer out and about then you can also buy an optional battery pack and a carry case which work in the same way as a laptop.  I can understand why HP would make these optional because even without the battery pack, the printer is still fairly portable and the mains lead doesn’t take up a lot of space.  It is an added expense to take into account, though, should you need to use the printer without a mains connection.

The HP Sprocket Studio is a great printer for the family to use and doesn’t take up much space on the desk. It can be packed away when not in use. Replacement cartridges and paper come in a special pack to print out 80 photos (with 2 cartridges and 4 packs of 20 photos), so there’s no danger of running out of one without the other. 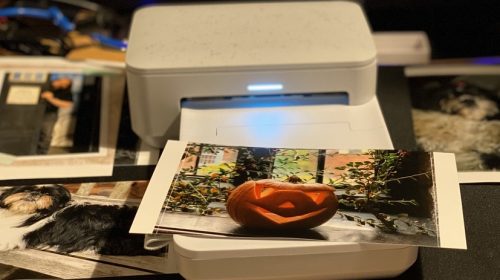