QPAD has been going for a more ergonomic design for their mice since the DX20 launched and now with the DX80 it has something that feels just right in the hand.

That’s not the biggest headline for the Czech manufacturer’s latest mouse, though, they’ve been designing this model specifically to appeal to gaming fans and, in particular, FPS gamers.  It now features a more sleek overall design with textured rubberised sides for grip and a smooth finish on top.

The mouse feels pretty light when you first take it out of the box but is weighted to feel slightly heavier in the hand when placed on the mat but still manages to glide along really smoothly.  The button placement works well, with 2 large action buttons by the thumb, a DPI up and down on top followed by the slightly textured scroll wheel and the two main mouse buttons either side of this.

It does have one interesting design issue in that they’ve copied the lighting effect of the left hand button space on the right as well, making it look as if there really should be extra buttons on that side by they’ve been forgotten.   I suppose it’s a way of making the RGB lighting look more symmetrical but to me it seemed odd. 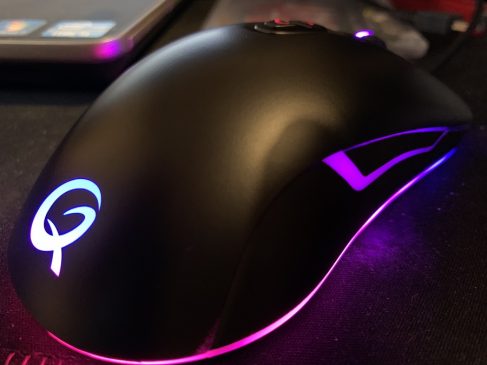 Despite this the overall look of the mouse once the RGB lighting was running through its veins was pretty nice and one of the brightest lighting setups I’ve seen on a gaming mouse for a while (and there have been plenty).

The great range of DPI modes means that it’s easy to find one to suit whatever you’re doing, right up to 8000dpi which should be fine for even the fastest FPS gamer alongside the 1ms response time and 4000 fps sampling rate. The mouse also features onboard memory to keep settings even when your computer is turned off, so doesn’t rely on software but you do get a useful app to help set the lighting and initial game button settings.

Overall, you’re getting a good quality gaming mouse with a nice comfortable ergonomic design and bright RGB lighting for half the price of many other professional mice. 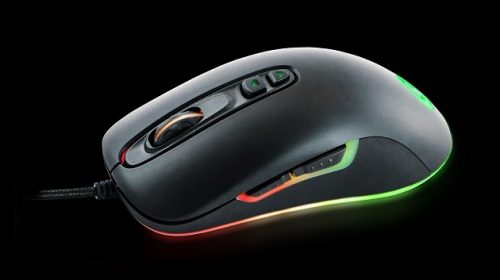