BenQ’s Zowie range gives you that option with the XL2540, a gaming monitor with an impressive 240Hz refresh rate and more besides.

The focus here isn’t on resolution, which still requires a hefty outlay of money on a good graphics card or, if you’re serious about 4K, at least a couple of them.  Keeping to Full HD means that this power is freed up for providing the ultimate sync between your fast reactions and the game’s ability to read them.  On PC 60Hz is considered the norm, 30Hz if you really want to push back into console territory.  Most eSports require 144Hz or above, though, to even stand a chance of being competitive.

As with the other monitors in the Zowie eSports range, this has a nice matt finish which won’t give you off-putting glare in the middle of a match. The small bezels are perfect for keeping the overall size to a minimum, ideal if you then want to use the space for the interesting ‘blinkers’ that come with the monitor and shield you from anything going on outside of your ‘zone’. 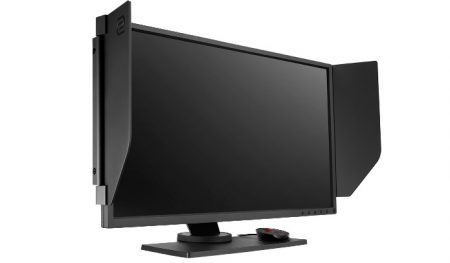 Buttons appear on the front rather than underneath, always a welcome site for me.  One of my pet hates is those underneath, hard to reach buttons.  The range of options for colour, mode and clarity are overwhelming at first but give you ultimate control over how the picture looks.

The black is only halted by the small ring of red half way down the stand, which acts as a cable tidy, and the tiny puck-shaped button box that allows the user to quickly change modes without entering any menus.

Inputs are mostly found along the back at the bottom of the monitor and comprise of DVI- DL, 2 HDMI ports, a DP1.2, plus the usual headphone jack and microphone. 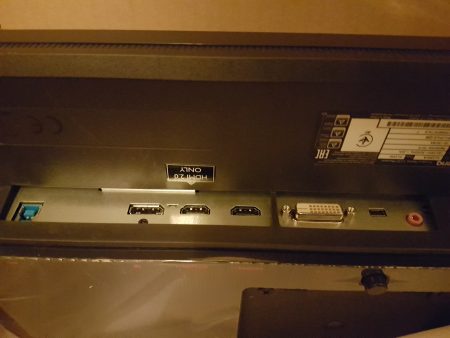 There are also 3 USB out ports and one input, which acts as a handy USB hub. ‎‎

I couldn’t test out every game with the 240Hz refresh rate because, quite frankly, I just don’t have the power in this test rig to even think of keeping at a level refresh rate that high.  That said, less demanding games did manage to (just) stay there, including the ever popular CS-GO.  It’s impressive just how fast the game reacts to your movements, but it would probably need someone far more skilled than myself to really get the most of it.

The screen is really nice for a Full HD display, colours seem to be set well on initial setup and while the blacks aren’t always as good as they could be, but it still looks great for a TN panel.

If you really want to be competitive in the eSports world then you probably want to be looking at making the most of your reaction times and the Zowie XL2540 can certainly boast about the best refresh rate on the market.  You’ll need a hefty rig to get it there, though, and you do loose out on resolution in the process, but it certainly does what it sets out to do. 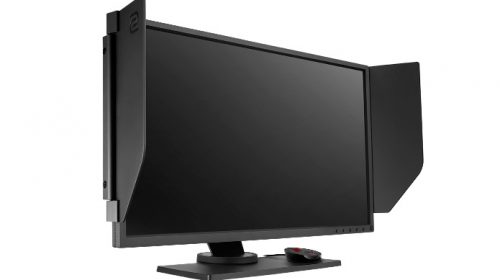